I’m a Saskatchewan girl, born and bred, but I’ve been around the globe enough to recognize a world-class treasure when I see one, and Saskatchewan has more than its fair share! Some I’ve relished time and again, and some are on my bucket list, but if you’re in the neighbourhood and looking for a world-class experience in these strange times, here are my top picks for:

Beach Hair! No one there… Photo Adele Paul 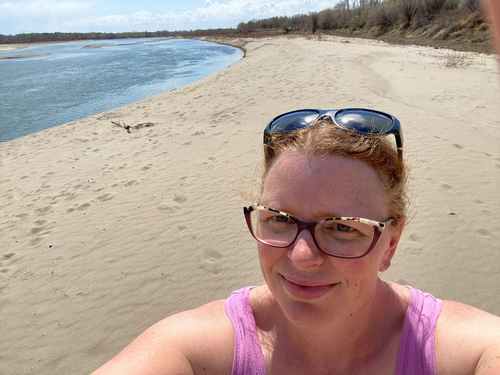 1. Sunny beaches you’ll have all to yourself

Fun Fact: Saskatchewan is the sunniest province in Canada, with well over two 2000 hours of those glorious rays every year. And what pairs well with sunshine?  A beach, of course! Only in Saskatchewan, with a hundred thousand lakes to choose from (literally), sun-seekers have the option of finding a lakeside spot that they will not have to share with crowds of tourists.

I can personally attest to this. I have spent time at Saskatchewan Lakes, north, south, east and west, nearly every summer of my life, and never have I had the indignity of inhaling a neighbouring party’s spray sunscreen. The math is simple, plentiful beaches + sparse population = tranquil, happy place every time. 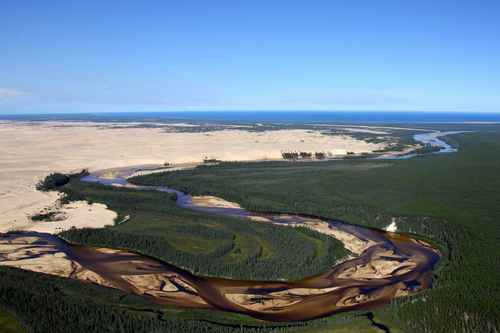 2. One of the most northerly active sand dunes on earth

The boreal shield ecosystem at Saskatchewan’s seriously northerly Athabasca Sand Dunes is truly unique. With endemic flora not found anywhere else on the planet, this treasure extends over 100km along the southern edge of Lake Athabasca. The dunes stretch between 400 and 1500m long and rise up to 30m above the shoreline, and are among the most northerly active dunes on earth. I have to admit I’ve never seen the dunes myself, but I’ve always been intrigued by Athabasca.

With the prospect of restricted travel this summer, I thought this might be the year to tick it off the bucket list, so I did a bit of research. The catch? Athabasca dunes are accessible only by floatplane or boat. There are no services, and they are recommended only to experienced backcountry campers.

3. Forest getaways where you won’t see another (human) soul

Yes, yes! We’ve all heard the joke about your dog running away for three days and still being able to see it. But seriously, there was no more beautiful moment in my childhood than when old Rex threw in the towel and decided to turn around and come back to us after all that effort.

While the vision of flat, vast horizons as far as the eye can see might be accurate of some areas of the wheat province, it is not true for over 34 million hectares (more than half!) of land covered in rich forest in the province. Like the beaches, this vast, lush landscape shared by the sparse population (did I already say that?) lends itself to stunning trail hikes which you’re more likely to share with bears and moose than another human being. 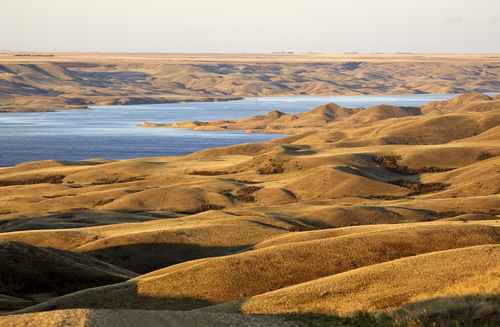 So unique, it gets a spot all to itself, Lake Diefenbaker is a reservoir and bifurcation lake formed by the construction of Gardiner Dam in southern Saskatchewan in the 1960s. It spans an impressive 225km of southern Saskatchewan, and while I’ve personally been known to baulk at ‘southern’ Lakes (more famous for algae than swimming), Diefenbaker is most definitely an exception. I’ve been more times than I can count, and its 800km of sandy shorelines, clean, clear river waters and reputation as one of the sunniest places in North America is a winning recipe every time.

Personally, I go for the suntan, but other visitors are fond of biking, boating, swimming, sailing, and hiking in various locales along Diefenbaker’s shores. But it has to be said; Sport Fishing is definitely the crowning jewel. With three world-record-breaking catches in just six years, the lake now attracts sports fisherman from around the world. 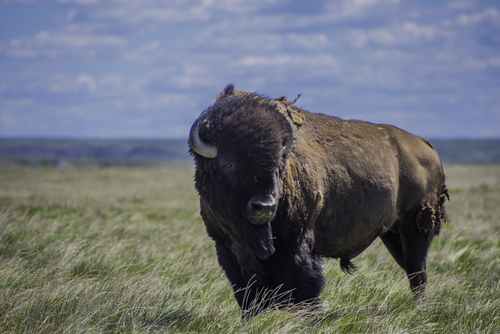 5. A glimpse into the lifestyles of the rich and endangered

When I think of Saskatchewan’s history, images of great plains bison roaming vast plains comes to mind, but, sadly, by the beginning of the twentieth century, these impressive beasts were endangered in North America, their numbers dwindled from an estimated 30 million to just a few thousand.

But thanks to conservation efforts in Prince Albert National Park and Grasslands National Park, these animals are making a resurgence. The two very different parks are home to some of the last remaining plains bison herds on the planet. And the bison are in great company… Visitors may also catch sight of rare grouse, burrowing owls, swift foxes, ferruginous hawks, wolverines, brown bears, and prairie rattlesnakes. 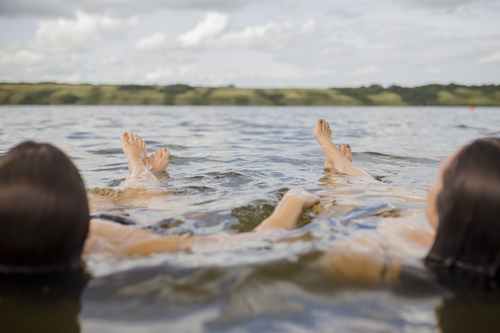 6. The Dead Sea of Saskatchewan

Fancy an easy float? You can thank the world-class buoyancy of Saskatchewan’s Little Manitou Lake for its extraordinarily high mineral content. Nicknamed the Dead Sea of Saskatchewan, Little Manitou is a ‘terminal lake’ (there is no outflow to external bodies of water) and was formed by receding glaciers during the most recent ice age.

I have to say, the funky smells of sulfur, sodium, magnesium, and potassium that emanate from Manitou have never bothered me (I’m a repeat visitor), but locals in the area have been coming to Little Manitou since the 19th century to bathe in its healing waters. Today, the lake attracts brine shrimp, international tourists, and poor swimmers alike. 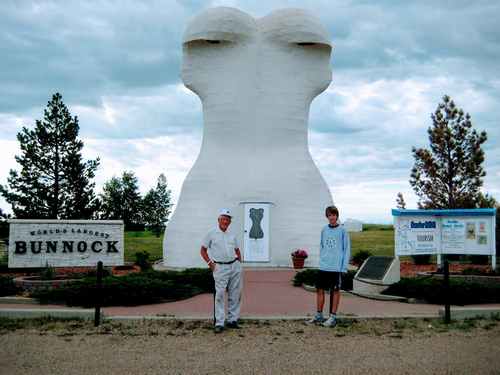 7. And the World-Champion for weirdest roadside attraction goes to…

Ok, ok! Every Canadian province has a quirky roadside attraction or two, but do they have the World’s Largest Bunnock? A sky-high replica of a horse ankle bone (yes, you read that correctly) stands proudly near Macklin, a small, west-central town that hosts the real-deal World Bunnock Championship.

The game of Bunnock, German for bones, is played on a court similar to horseshoes and attracts players and visitors by the thousands every long weekend in August. I can only say that the World Bunnock Championship is a one-of-a-kind spectacle you have to see to believe. I know because I’ve been at the Championships no less than twenty times in its 27 years history. And I might be biased 😉, but Macklin’s hometown hospitality combined with its world-class hosting make this an experience that visitors will never forget.

Like many, I eagerly await the return to world travel. But the prospect of a second summer locked down and restricted to travel only in Saskatchewan? It doesn’t bother me a bit…