You may have noticed more cyclists out and about recently. Bike sales surged in the spring of 2020 and show no sign of slowing down this year either. And no wonder. With indoor venues and entertainment options limited, biking is an accessible outing and a sure-fire cure for cabin fever.

Our family geared up when it came to cycling last summer, too, and invested in a bike rack for our vehicle. The return was high, since, no longer limited to routes near our home, we could explore trails and parts of our province we didn’t know existed.

Now that the snow has melted, we’re already making plans for this summer. Get on your bike, and join us on these family friendly cycling trails:

Start at the Ottawa Locks near the Bytown Museum, and cycle west along the south shore of the majestic Ottawa River. You’ll pass below Parliament Hill and then cross the Portage Bridge into Gatineau, QC, for a chance to visit two provinces in one day. Once on the north side of the Ottawa River, turn right on the Voyageurs Pathway and continue to the Canadian Museum of History for capital views of Ottawa and the Parliament buildings. 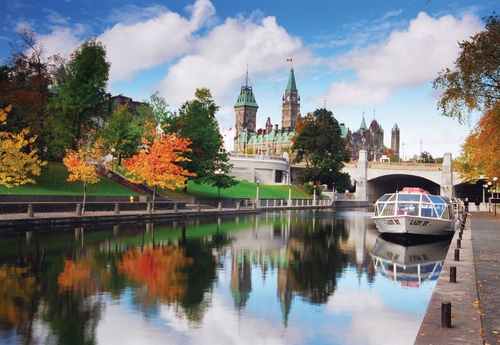 Located near Cornwall in eastern Ontario, this is a particularly scenic stretch of the Great Lakes Waterfront Trail. Start at Upper Canada Village, a living history museum that showcases life in the 1860s with trade shops, farms, churches and a one-room schoolhouse. Continue along the waterfront trail until you reach the Upper Canada Migratory Bird Sanctuary (5 ½ kilometres). This 9,000-acre conservation area is home to 200 bird species and has an observation platform and an interpretive centre. Next, make your way to the Long Sault Parkway, where you’ll roll through 13 islands and 11 causeways, enjoying exceptional views of the St. Lawrence River. 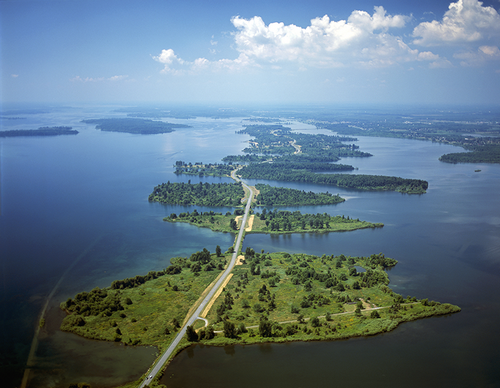 With no cars and no hills, the Toronto Islands are an ideal family cycling destination and boast the Toronto skyline’s best views. Bring your bikes on one of three ferries (Ward’s Island, Centre Island or Hanlan’s Point) or rent bikes on Centre Island. All the islands are connected through a series of bridges, and there’s a 5.5-km paved path from one end of the islands to the other. It’s fun to explore the side trails, beaches and the island’s attractions, including Centreville amusement park, Gibraltar Point Lighthouse and Franklin Children’s Garden. Be aware that Hanlan’s Point is a clothing-optional beach. 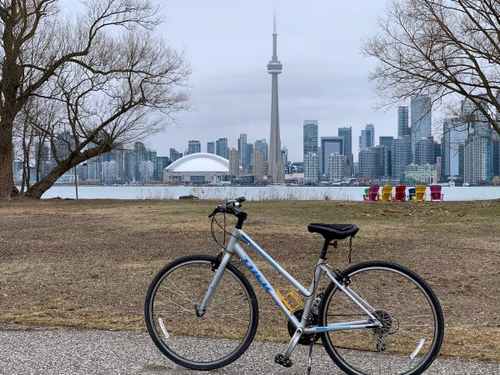 This mostly gravel 47-km trail is an abandoned Canadian Pacific (CP) railroad that joins the Grand River and the Credit River watersheds. The scenery is exceptional. Start in the picturesque town of Elora, and after 3 kilometres, you’ll take a few side roads through the town of Fergus. Next, the trail passes high above the Belwood Lake Dam and the Belwood Lake Conservation Area. The trail eventually leads you to Forks of the Credit Provincial Park on the Niagara Escarpment, a conservation area famed for the Cataract Falls and Bruce hiking trails.

Another former CP railroad is the 45-km recreational trail that runs between Guelph and Millbank. It’s named for the West Montrose Kissing Bridge, which is the last covered bridge in Ontario, and well-worth the two-km detour to see it. The trail extends into Mennonite country, and you’ll roll through scenic farmlands as you take in views of the Conestoga and the Grand rivers. Stop at some small towns and take a well-deserved break. In the town of Ariss, enjoy some ice cream on the porch of the Ariss Village Variety or grab a cold drink in Wallenstein at their General Store. 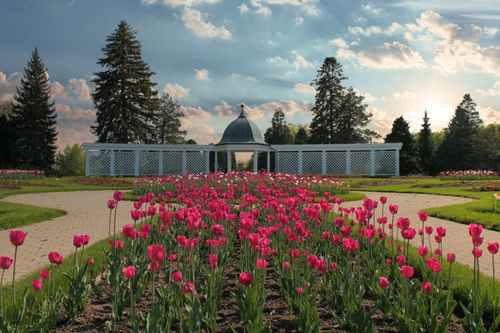 For the final cycling route, I’d like to share with you our family’s go-to bike outing. Though we live in the middle of Canada’s biggest city, you’d never know it when you’re riding through its extensive ravine network. We’ve spotted deer on several occasions along with other wildlife while riding on its trails. Our favourite route starts at Stan Wadlow Park, where there’s public parking on Haldon Road. Here, we take the Taylor Creek Trail, which winds through the ravine along the stream.

This leads to the Don River Trail, which we follow to Pottery Road, and then it’s a short stretch on Bayview’s bike path to the Evergreen Brickworks. At this conservation area, which at one time produced the bricks that built Toronto, we pick up some treats at the farmer’s market (Saturdays) or the Café Belong. Hiking trails on the 16-hectare property lead up to a lookout point, where you’ll find unobstructed views of the city and the surrounding nature.