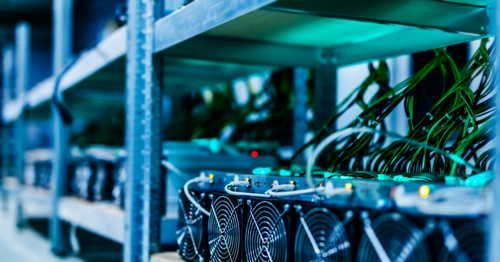 Bitcoin’s price rally is proving a windfall for the miners of the world’s biggest blockchain.

Miners collected a record single-hour revenue of $4.06 million during the 60 minutes to 17:00 UTC on Thursday, according to data provided by the blockchain analytics firm Glassnode. Transaction fees accounted for more than $47,000 of the record hourly revenue.

Miners use powerful computers to solve complex mathematical problems to mine blocks and confirm transactions on the publicly distributed ledger. As a reward for their services, miners receive newly created bitcoins along with transaction processing fees.

Currently, miners are paid 6.25 bitcoin (BTC) for every block mined. The number was reduced by 50% in May 2020 via a process called mining reward halving, which is repeated every four years.

While hourly income reached a lifetime high on Thursday, daily revenue hit a three-year high of $50.78 million earlier this week, marking at least a fivefold increase since mid-October, reflecting the rise in the price of BTC during that period.

Income earned through transaction fees has also increased substantially over the past few months, reaching a $9.14 million on Feb. 9.

Turnovers have risen sharply, with bitcoin’s price rallying by nearly 400% to record levels above $48,000 in the past four months.

Miners’ revenue could continue to rise throughout 2021 and beyond, as traders foresee a pick up in corporate demand in the wake of Tesla’s decision to buy the cryptocurrency, leading to a stronger price rally. The percentage of revenue earned through transaction fees could rise, with payment giants such as Mastercard announcing support for cryptocurrencies.