The rise in mining difficulty comes as Bitcoin tries to settle just above $18,000 following a week of massive surges and dips. Last week, Bitcoin price broke into the $19,000 level but plunged to below $17,000 afterwards.

Data from crypto analytics firm Glassnode showed mining difficulty on the network was approaching its all-time high after an 8.9% increase yesterday alone. This sharp swell put the current difficulty level within 5% of its all-time high value that was seen last month. The network’s hash rate is now north of 130 EH/s.

“#Bitcoin mining difficulty increased by 8.9% today. It is now only 4.4% below its ATH,” the on-chain analytics firm posted on Twitter.

The possible effects of the increase in mining difficulty

Judging from history, an increase in mining difficulty has signified the onset of the bullish run. This was the case in 2013 and also in 2016. At the moment, it remains uncertain if the recent upswing in BTC price to within range of its all-time high is a long-term bull cycle.

Although Bitcoin had a great upward momentum last week, its price plummeted by slightly over 10%; the result of several Bitcoin whales transferring their holdings onto exchanges. Bitcoin price, as of writing, is $18,650 — up 4.96 % in the last 24 hours. 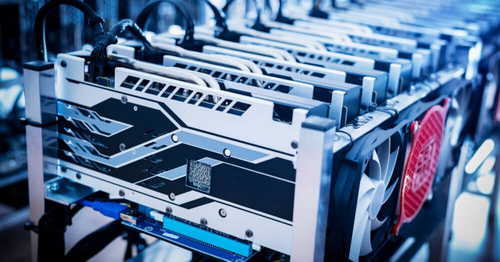 The increased mining difficulty on the network can have a huge impact on the cryptocurrency. It could potentially result in higher fees for users as well as increased block generation time. It could also lead to an increase in the number of unmined transactions in the crypto’s mempool.

Ethereum also posted an increase in mining difficulty recently. Glassnode revealed that the mining difficulty for the blockchain surpassed a two-year high at the end of last week. This came after ETH price dropped from over $600 at the start of the week to $513 by mid-week.