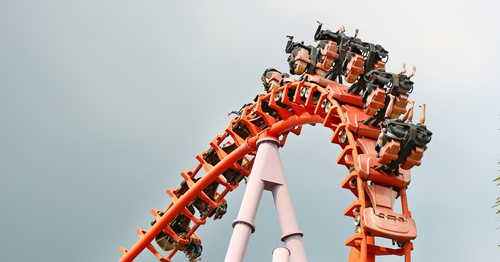 At around 2:15 UTC, BTC began to tumble significantly as its value dropped below a previous area of support at around $18,474.

Spot volume across major exchanges also rose sharply as bitcoin’s 24-hour range fell to between $19,474 and $17,284 – its sharpest decline in since Nov. 7, according to CoinDesk 20 data.

“I think this is a correction before we break $20,000,” said Ki Young Ju, CEO at analytics firm CryptoQuant. “Other long-term on-chain indicators like BTC and stablecoin reserve say the potential buying pressure still prevails so far.”

Bitcoin has since regained some lost ground and is changing hands for around $18,012.

While the reason for the drop isn’t entirely clear, the sell-off move comes at a time when Coinbase’s CEO Brian Armstrong voiced his concerns on Wednesday night over the U.S. Treasury Department’s rumored plans to attempt to track owners of self-hosted cryptocurrency wallets.

The plunge liquidated $950 million worth of positions across major exchanges, as noted by derivatives data provider Bybt.

“The latest BTC price drop is the first of many tests for new money on whether they have the vision and stomach to truly invest in BTC  and the future of digital finance, or if they’ll simply repeat 2018 and wash out of the market,” said Jehan Chu, co-founder and managing partner at Hong Kong-based blockchain investment and trading firm Kenetic.

Most other notable cryptocurrencies also fell with Chainlink (LINK) and Cardano (ADA) suffering the worst drops across the board, losing 18.9% and 16.7%.