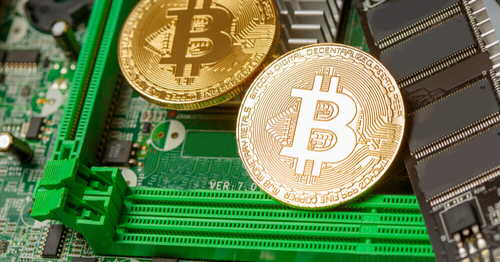 Bitcoin’s price has stabilised above the $18,000 region over the past few days, while the cryptocurrency mining difficulty continues to rise

Mining difficulty on the Bitcoin network is approaching a new high after rising by 8.9% over the past 24 hours. The Bitcoin (BTC) network’s hashrate is now above 130 EH/s. The data provided by on-chain analytics provider Glassnode revealed that mining difficulty is now less than 5% away from setting a new record.

Glassnode tweeted that “#Bitcoin mining difficulty increased by 8.9% today. It is now only 4.4% below its ATH.”

Bitcoin’s price surpassed the $19,000 mark for the first time in three years but dropped below $17,000 more than once within the week as bulls and bears struggle to control the market. However, the price is now up by more than 5% over the past 24 hours, and BTC is currently trading at $18,508.

The rise in mining difficulty has sparked enthusiasm within the cryptocurrency market as similar events marked previous bull cycles of 2013 and 2016. However, it is still unclear if the current bull run would set a new all-time high after Bitcoin came 3% closer to reaching its previous all-time high.

The increase in mining difficulty isn’t restricted to the Bitcoin network. According to Glassnode, the Ethereum network set a new mining difficulty all-time high on 27 November. This saw the price of ETH decline from $600 to $513 within a few days. However, Ether is on the rise as it is currently up by more than 10% over the past 24 hours and trading at $587 per coin.