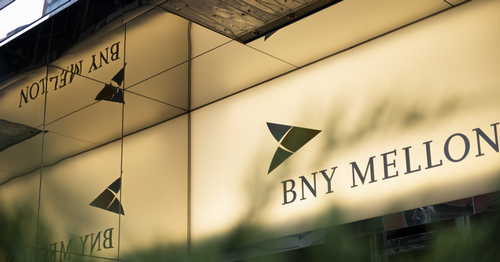 BNY Mellon, the world’s largest custodian bank with some $41 trillion in assets in its safekeeping, is moving into crypto.

Banks exploring digital assets, or large app providers like PayPal offering crypto, tend to start out with the usual suspects: bitcoin, ether and other top coins.

“The platform we have built would service any of those assets,” Mike Demissie, head of advanced solutions at BNY Mellon, said in an interview. “It will be driven by client interest and demand, and we also stayed tuned to regulatory activity to make sure we are supporting assets that are allowed in a particular market.”

There’s a similarly short list of crypto-native custody tech firms that a bank like BNY Mellon would likely draw upon to build out a custody solution. Demissie confirmed the custody offering relies on outside partners, but said the bank is “not ready to disclose any names yet.”

“We are certainly not building it entirely from scratch,” said Demissie.

There has been some discussion among large crypto exchanges, trading desks and custody businesses about which financial institution will provide white-glove prime brokerage service, currently lacking in crypto. BNY Mellon’s plans would seem to aim squarely at that space.

Whether BNY Mellon’s plans meet the official prime broker definition is yet to be determined, added Caroline Butler, head of custody at BNY Mellon. “But I think the fact that we have such a fantastic collateral offering here, we should be leveraging an ability to connect across those product suites for digital assets as an asset class.”

Butler added: “And whether clients want to borrow or lend bitcoin versus the dollar, that’s the level of interoperability that we need to be able to provide.”

There are some nuanced differences when it comes to crypto custody, said Butler. “Being able to actually custody the key that represents the asset means effectively custody of code,” she said. “It leans in more on emerging technologies than our traditional custody software would naturally lend itself to. An important part is making sure it’s all interoperable with our existing custody platforms.”

So which way does the bank’s crypto custody unit lean? Is it toward the kind of air-gapped cold storage sometimes associated with bunkers buried inside Swiss mountains, or more in line with math-powered multi-party computation (MPC), plus perhaps a hardware security module (HSM) component?

“All of the above,” said Butler. “Clients who are actively trading are going to need a level of accessibility to the assets that maybe cold storage can’t provide. But for security purposes, a portion in cold storage plus MPC, as an example, may be favorable to them.”

BNY Mellon says it is proud to be the first of the large U.S. custodian banks to come out with a service for digital assets. (JPMorgan and Citi are also said to be working on custody solutions for digital assets and crypto, as is Goldman Sachs.)

However, in terms of being the first, Northern Trust, with over $10 trillion in assets under custody, announced a partnership with Standard Chartered to extend custody services to digital assets back in December of last year. (BNY Mellon was unable to say roughly when this year the service would go live.)

“We would like to highlight that it’s not just the custody aspect of it, but the integrated offering that’s a differentiating factor,” said Demissie.

Butler pointed out that Standard Chartered is a sub-custodian for BNY Mellon in some markets.

So could the banks’ respective digital custody units be connected when these services go live later this year?

“Not right away,” said Butler. “But further down the road, who knows?”