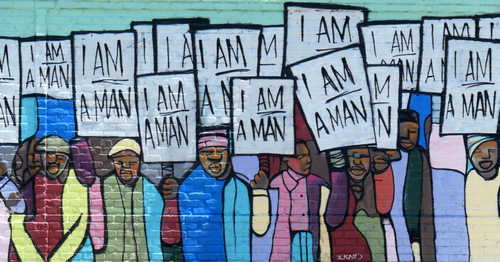 In an environment that is proving less secure over time, we’re giving more thought to the preservation and proper allocation of our wealth. But how does one participate in a system that continues to advantage people who are positioned nearest to the financial nucleus? How do you participate when, without apology or consequence, they can shut off a game they are inconveniently losing? How is this possible, and why is it the only system we are “allowed” to opt into if we want to generate wealth for our family?

Ian Gaines is a Media Manager at Erickson Immigration Group. Black Bitcoin Billionaire, an online platform that educates individuals about living a self-sovereign life, is working with Cash App to give Black families one million satoshis by the end of February, which is Black History Month in the U.S.

What makes this possible is that a “nucleus” exists in the first place, a command center that can heavily dictate the flow of monetary energy. It’s powerful enough to disregard the unified will of a majority in favor of protecting the interest of the nucleus.

But what comes to those who live outside that nucleus, whose interest may not align or are considered to be opposed to the central power? This phenomenon, no matter how unwarranted, is regrettably routine in the Black community. When the development of a self-sustaining Black economy did not align with the interest of the nucleus, we got Tulsa, Oklahoma 1921. The resentment of Black success drove a mob of 2,000 people to destroy an entire city, burning over 18,000 Black homes. No one was prosecuted.

The nucleus can even reach the level of government. Generations of Blacks were denied wealth with the passing of FHA’s 1934 National Housing Act. This federally funded initiative provided mortgage credit to working-class families to build wealth through homeownership. It was a “success,” but due to strategic redlining and zoning laws that governed where loans were allocated, highly Black-populated areas were all denied.

Bitcoin is the answer that allows all individuals, anywhere on earth, the freedom to validate themselves.

In a 1941 memo, FHA concluded “the rapidly rising Negro population has produced a problem in the maintenance of real estate values.” They determined the only “good neighborhood” that deserved funding was one that prevented “inharmonious racial groups”. The fine print did not give us a chance, and it showed. Between 1934 and 1968, 98% of the $120 billion dollars of federally funded loans went exclusively to white homeowners, a dynamic that has only compounded today.

The problem with any nucleus is that if it has questionable morals, you have to keep monitoring it to make sure it is not acting selfishly. That’s draining, unsustainable and ultimately fruitless if your sphere of influence does not match the nucleus. I might not have trusted the nucleus of a eukaryotic cell if it did not live in my own body.

Luckily, an alternative that removes any central point between you and your money now exists. We are able to live a financially self-sovereign life with exclusive authority over your own wealth, without needing permission or acceptance by any central nucleus. Bitcoin allows exactly that. It is a transparent, peer-to-peer, government-resistant, community-run protocol that removes “trusting” any one entity to validate your transactions. No single sphere of influence is more important than another.

From the beginning of American history, the Black community needed validation from a nucleus whose interest actively worked in opposition to ours. We have an opportunity to opt out of that abusive system. Bitcoin is the answer that allows all individuals, anywhere on earth, the freedom to validate themselves. It is pro-Black by design.

Cash App has partnered with Black Bitcoin Billionaires on its campaign to give as many Black families as possible one million satoshis by the end of Black History Month (February). We and many others understand the value of this technology. During the month that is designated for us, let’s begin freeing ourselves from a nucleus we know better than to trust.