Founded in 1749 and known for playing a key role during the Titanic’s aftermath and becoming the final resting place to many of her victims, Halifax is home to a rich history, culinary creations and many wonderful discoveries.

The Haligonian hospitality is warm and embracing; the welcome you receive upon arriving on the East Coast is like coming home to family. I know it sounds crazy, but in Halifax, cars stop for pedestrians! I thought it was a prank the first time I visited, nearly ten years ago. The driver stopped, smiled and signalled for me to cross.  I felt like Dorothy in The Wizard of Oz when she realizes she’s not in Kansas anymore.

Below you will find a list of places to stay, play and feast as you begin to explore beyond your borders and start making lifelong memories again.

It has been a long time since you’ve spoiled yourself and your family, so go ahead and splurge on some luxurious stays: 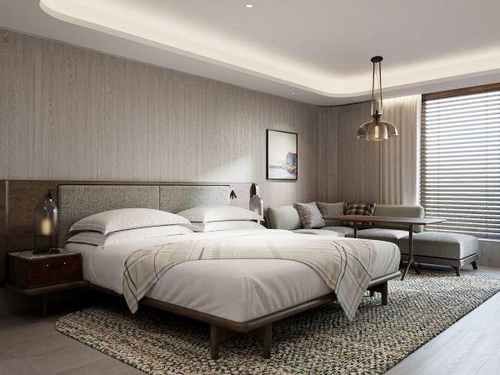 Opening December 2021, MUIR Hotel will be the newest addition to the Queen’s Marque –a vibrant new waterfront district featuring the epicentre for a culinary mecca using locally sourced food and offering unique dining options, shops, entertainment, and more, all located in the heart of downtown. Muir is the first Marriott International Autograph Collection property for Nova Scotia. With the Atlantic Ocean as its backdrop, guests will have access to 4kms of boardwalk, the ocean and city attractions all at your doorstep.

Every corner of the Muir encompasses the diverse culture, spirit and natural beauty of the region, including the details found in the 109 bespoke rooms and suites. The BKS speakeasy is a great place for parents to sneak off and relax with a drink on the terrace which overlooks aquatic views and the boardwalk below. For an outdoor wellness experience, kayak, paddle, or motorboat your way through the Halifax Harbour or take advantage of the cold plunge pool and the halotherapy salt room at the spa, Windward Wellness Vitality. 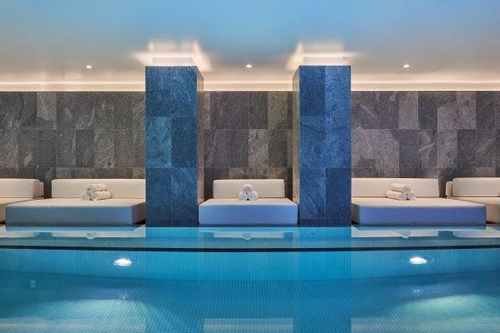 The hotel is conveniently connected to The Downtown Halifax Link, a network of climate-controlled pedways that link various entertainment venues and buildings around downtown Halifax. Oh, and don’t want to leave Fido at home? Go ahead and bring him as the Prince George offers pet-friendly accommodations.

Take a scenic tour around Halifax with I Heart Bikes, the perfect way to soak in all the Haligonian history. Stop by historic landmarks like the Halifax Citadel National Historic Site. Built by the British to defend the colony, the town clock, which sits on the hill overlooking the city, was built to help keep the soldiers on time. And every day at noon you can still hear the cannon go off, a tribute and local tradition since 1857. 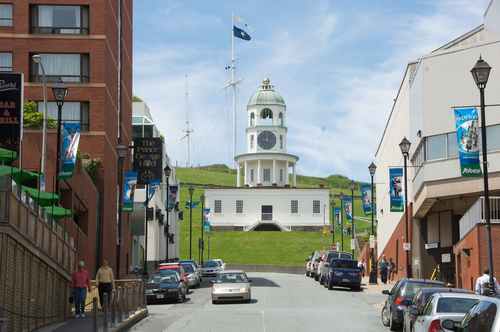 Yonge Ave boasts a very affluent neighbourhood. At the top of the street sits the former home of George Wright, one of the millionaires who died aboard the Titanic. Representative of the Victorian Era, the Halifax Public Gardens was recognized as a National Historic Site in 1984 and houses a collection of garden artefacts such as statues, bandshells and water fountains.

As a Pisces, Peggy’s Cove was a heavenly experience for me. 30 minutes from downtown Halifax, this serene place blends ocean and granite with the famous lighthouse acting as an immediate landmark attraction for tourists.  Peggy’s Cove was said to be named after the sole survivor of a shipwreck that took place near the cove.  Some say she was a little girl who was too young to remember her name, so she was named Peggy by the family who adopted her.

Grab a bite of local fare and sit back and soak in the Atlantic Ocean while Peggy’s Cove takes away the heavy workloads and schedules of the everyday.  It is here where you can stare miles and miles into the open waters and lose yourself in moments of pure tranquillity. 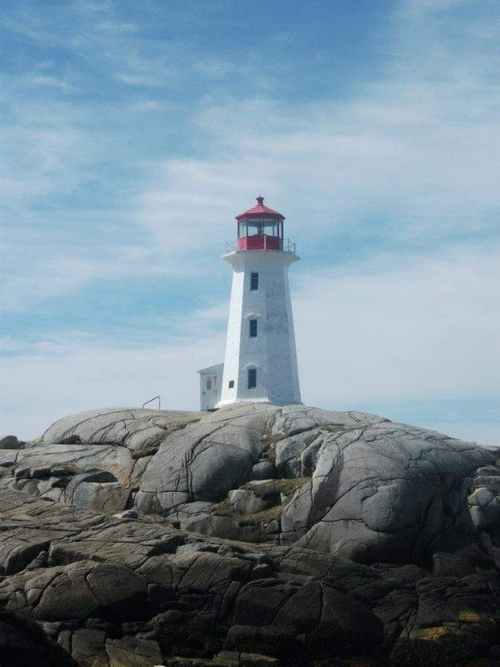 Feast in the East

The Brooklyn Warehouse will forever be known as the first place I tried fiddleheads. The atmosphere is a laid-back bistro style, very warm and inviting. It doesn’t matter what you’re in the mood for, Brooklyn Warehouse is sure to satisfy any appetite. (Although, I do recommend the pork chop; come hungry!).

From farm to table, The Wooden Monkey uses locally grown organic produce so their menu features the freshest ingredients from the Nova Scotia salmon (raised closed-containment salmon, seared and served with a maple bacon glaze and seasonal vegetables) right down to the kid’s menu — they’ll like the fish and roasties. 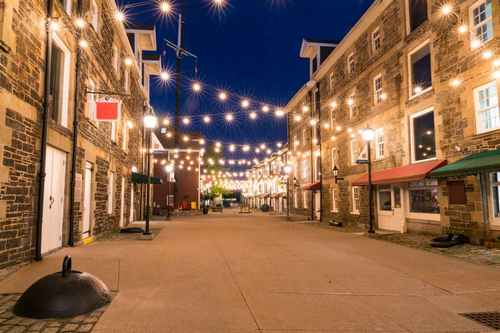 Historic Warehouses Along the Halifax Waterfront

The Bluenose II has been family owned and operated since 1964 and an ideal place to dine whilst explaining to your kids the history behind Nova Scotia’s famous schooner, celebrating its 100th anniversary this year and hosting tons of events to commemorate this milestone. Their menu is extensive but since you’re in Halifax and seafood is the speciality of the house, order the fresh Nova Scotia lobster dinner served with homemade clam chowder and potato salad, along with drawn butter, coleslaw, and a roll with butter. Finish off with their famous rice pudding for dessert.

Located at Pier 21, where immigrants migrated into Canada, the Halifax Seaport Farmer’s Market is North America’s oldest farmer’s market. Offering the freshest in local ingredients, fiddlers, and crafts, the Seaport Market is the place to go for local Haligonian finds. I recommend grabbing some lunch and heading up to the rooftop and watching the boats pull into the harbour.

The largest art museum in Atlantic Canada, the Art Gallery of Nova Scotia, has housed diverse art pieces for over 100 years. One of my favourite exhibits is The Maud Lewis Gallery, an ongoing exhibition since 1998 which features the tiny home of Maud Lewis, a Canadian folk artist from Nova Scotia who had juvenile arthritis. Maud would sell her paintings on the side of the road to support her and her husband, Lewis Everette. They lived in a small house with no plumbing or electricity, but at 4”7, Maud didn’t need a big house anyway. I can relate to Maud as we are both short women who can appreciate a fine piece of art. Fun Fact:  In April 2017, Mongrel Media released the motion picture Maudie, across Canada. 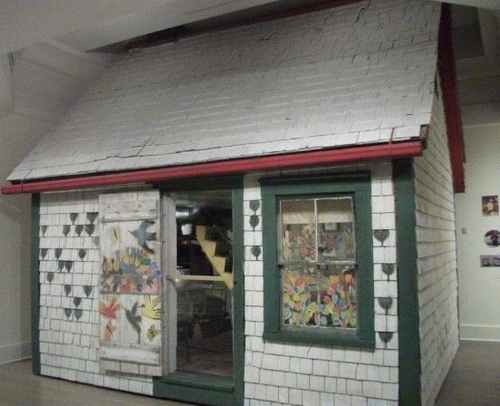 Pier 21 is a National Historic Site, the gateway to Canada for one million immigrants between 1928 and 1971. It also served as the departure point for 368,000 Canadian Military personnel during the Second World War. Today, Pier 21 hosts Atlantic Canada’s only national museum, the Canadian Museum of Immigration at Pier 21. Here, you can research part of your roots and explore and understand the experiences of immigrants as they arrived in Canada. 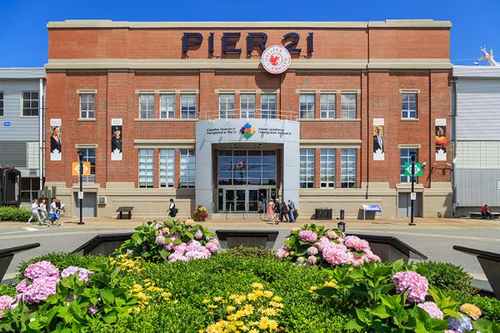 Connect with curiosity at the Discovery Centre on Lower Water Street. Here, little minds can explore science, technology, engineering, arts and math through interactive exhibits and programs. Four galleries, an open atrium, an Innovation Lab, a Featured Exhibits Gallery and the first Immersive Dome Theatre in the region are waiting to be discovered. As well, check out the new NS Divert Ocean Action Zone where you can get up-close with many of the invertebrates commonly found along the shores of Nova Scotia.

It is time to get out and explore Canada again. Let Halifax be the place where your family rejoices over beautiful architecture, fresh food, scenic wonders and historical discoveries.