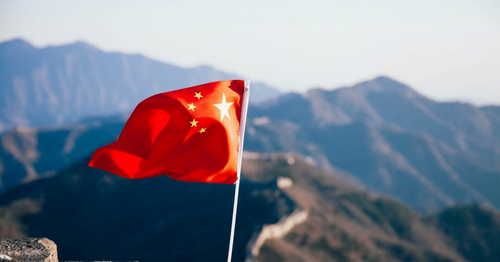 The additions are part of BSN’s effort to bring a variety of blockchain projects under one standardized development environment within its own technical framework. It also aims to provide data processing and storage services to the in-network projects.

This is just the latest sign of China’s ambitions to become a blockchain superpower, by creating an infrastructure that is used by projects and developers world-wide. The state-sanctioned network, which aims to be the internet of blockchains, launched the global version of its network in July, allowing developers to access public chains to build or operate their decentralized applications (dapps). BSN later announced it would make 24 public chains permissioned and add them to its domestic version in China by the end of November.

“We anticipate Polkadot to be used by developers across the world to build and run innovative protocols and applications,” said Björn Wagner, co-founder of Parity Technologies behind Polkadot. “The BSN integration will support developers on that journey by enabling them to seamlessly connect to the public chain.”

While Polkadot helps connect both public and permissioned chains with each other on its protocol, it is set to join BSN’s Open Permissioned Blockchain Initiative to provide blockchain services in the Chinese market where decentralized public chains are heavily scrutinized by its government.

BSN will integrate Substrate, which is a native framework used to create dapps in the Polkadot ecosystem, as a standard permissioned framework for developers to deploy and operate private chains on BSN, Yifan He, executive director of BSN Development Association, told CoinDesk.

Dapp developers on BSN will also have access to the Oasis Network, which claims to help developers build private and scalable decentralized finance applications.

“The Oasis Network’s privacy features can also create a new type of digital asset called Tokenized Data that allows users to take control of their data and earn rewards for staking it,” Jernej Kos, director at the Oasis Foundation, said in a statement.

Founded in 2018, Oasis has raised over $46 million via a private token sale in the same year. Among its backers are its lead investor Andreessen Horowitz’s A16z crypto fund, Binance, Polychain, Pantera and Electric Capital.

BSN will also be integrating Bityuan, which aims to provide blockchain solutions to companies in China.

“I am seeing commercial use cases built on the Bityuan framework are surging in China recently,” He said. “I believe with this integration BSN will get developers around the world to be excited about building dapps that are enterprise-based and commercial oriented.”