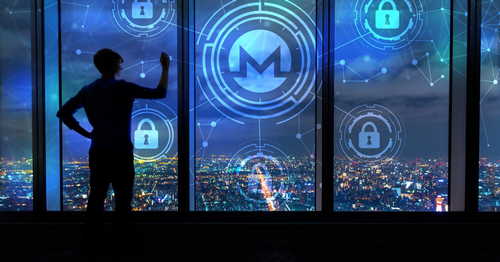 Blockchain analytics and forensics firm CipherTrace has revealed it filed patents for tracing Monero transactions at the end of last week. The firm claimed that it would be able to trace illicit transactions involving privacy coins. If the claim is true, the firm’s efforts will go a long way in curbing criminal organisations using Monero (XMR) to facilitate their operations.

The firm announced it filed two different patents for technology capable of tracing XMR transactions. It is reported that CipherTrace has been working on this technology for about two years.

According to a blog posted by CipherTrace on Friday last week, the firm reported that its patents would feature forensic tools to explore Monero (XMR) transaction flows. This would be useful in financial investigations as it will help track stolen or illegally used Monero. The capabilities of this technology are, however, yet to be confirmed as of writing.

A section of the blog read, “CipherTrace’s Monero tracing capabilities will allow (Virtual Asset Service Providers) to identify when inbound XMR may have criminal origins, allowing them to adequately risk rate customer transactions per any required regulations,”

“Our goal is to enable the detection of criminal users, therefore increasing the safety and sustainability of privacy coins like Monero in the future.”

Privacy coins like Monero have become popular mediums of exchange on the darknet market because they are hard to trace. Currently, law enforcement agencies and other authorities are yet to find a foolproof way of tracing privacy coins such as Monero. As such, firms like CipherTrace have a chance of cracking the problem first.

CipherTrace added that it received help from the Department of Homeland Security to build the Monero-tracing technology. Besides the Department of Homeland Security, the Internal Revenue Service is also looking to break Monero. At the beginning of September, the IRS set a bounty of up to $625,000 to anyone who could help crack Monero transactions.