While bitcoin prices stay steady, Ethereum transactions are skyrocketing. Holding on to $9,200 after a weekend in the $9,100 range is the best traders could hope for in a weaker-than-normal market for bitcoin.

“After a brief consolidation in the region of $9,000, bitcoin began to adjust upward,” said Constantin Kogan, partner at cryptocurrency fund of funds BitBull Capital. “Now it is near the next important level at $9,200. If today’s trading session closes above this mark, it is likely to see further growth.”

Any growth would be welcomed by cryptocurrency traders – so far this month, bitcoin’s overall performance in July has been flat.

With bitcoin’s price in a wait-and-see mode, some investors are paying more attention to opportunities in alternative cryptocurrencies, or altcoins, instead. “Altcoins are back in our focus,” said Karl Samson of Toronto-based brokerage Global Digital Assets. 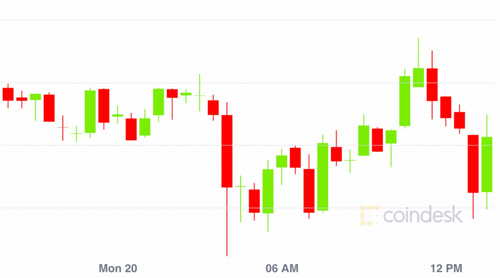 Despite the flurry of altcoin activity, bitcoin investors still believe the oldest cryptocurrency has immense value in an uncertain world. “It is sad but these economic times are setting the stage for a massive wave of new money into bitcoin,” said Henrik Kugelberg, a Sweden-based over-the-counter trader. “The past week, it’s been altcoins but they are only for the initiated. Newbies and wealth storers will go for bitcoin.”

However, Michael Gord, CEO of Global Digital Assets, believes altcoins aren’t going anywhere. “Alt season is in session,” he said. “Expect it to only get crazier as the mainstream wakes up to the very substantial returns being generated again with digital assets.”

Ether (ETH), the second-largest cryptocurrency by market capitalization, was up Monday trading around $236 and climbing 0.50% in 24 hours as of 20:30 UTC (4:30 p.m. EDT). “If ETH manages to hang around $262 for more than a couple hours, it would be quite positive,” said Jack Tan, of Taiwan-based quantitative firm Kronos Research. “I’m looking at the $500 level for ether before year end.”

“ETH gas is also in the sky right now,” said Chen. “It’s probably because of the DeFi tokens hype. Maybe we are seeing a second wave of ICOs on the Ethereum blockchain?”