In the aftermath of the Twitter hack, lawmakers are targeting lax cybersecurity, not Bitcoin.

Binance is looking to consolidate bitcoin mining in Russia, ConsenSys is being accused of stealing intellectual property and a celebrated comic book artist will be hawking his wares on the Ethereum blockchain.

Mining Consolidation
Binance is looking to consolidate more bitcoin mining hashrate to its pool in Russia and the Central Asia region. The world’s largest crypto exchange is deploying a physical server node for its pool at BitRiver, the largest bitcoin mining hosting provider in Bratsk, Russia. The move would give miner owners at BitRiver who choose to switch to Binance a better connection and direct route to its mining pool, the two firms said in an announcement Friday. In return, Binance would gain exposure and access to customers who run their machines at BitRiver, which currently operates mining facilities at a capacity of 70 megawatt (MW) out of potential capacity of 100 MW.

ConsenSys Accused
In a new lawsuit, Ethereum incubator ConsenSys is accused of abusing its position of trust as an investor to access trade secrets and create a rival offering. BlockCrushr, a payments app, said it received a $100,000 investment from ConsenSys and had 20 in-depth discussions with the incubator. Now, the startup says its intellectual property was misappropriated to build ConsenSys’s own payments system Daisy Payments, since rebranded to CodeFi. Plaintiffs filed two counts of misappropriating trade secrets and one count of a breach of contract, and are suing for damages.

CBDC in Action
A senior figure at the Bank of Thailand has confirmed it is already using a central bank digital currency (CBDC) for transactions with some businesses. Vachira Arromdee, the central bank’s assistant governor, told reporters Wednesday the bank plans to expand the use of the digital currency among large businesses, The Nation reported. It’s unclear what businesses are already using the digital currency; transactions with the Hong Kong Monetary Authority will be conducted with the CBDC from September, Arromdee confirmed.

We’re All Comics in Crypto
Noted comic book illustrator Jose Delbo is releasing limited-edition art on MakersPlace, a blockchain-powered market for rare and collectible digital art, later this month. The listing includes 250 copies of a digital comic book and a one-of-a-kind digital Superman artwork by Delbo. MakersPlace uses Ethereum to verify the artworks and provide a digital signature from Delbo, who is also hosting a chat in Decentraland.

The event, Hawley said, “may represent not merely a coordinated set of separate hacking incidents but rather a successful attack on the security of Twitter itself.”

“This is a vulnerability that has lasted for far too long, and one that is not present in other, competing platforms. If hackers gained access to users’ DMs, this breach could have a breathtaking impact for years to come,” Wyden said. Wyden revealed he had met with Dorsey privately in 2018 and discussed implementing this privacy feature.

While the hack only made off with approximately $120,000, it will persist as a lasting blight on centralized internet platforms for years.

In view of Twitter’s unofficial role within politics and media as the broadcaster of all broadcasts, Rep. Frank Pallone (D-N.J.) said the hack could have had “major consequences” on elections. It’s a view shared by others.

“With more than 300 million users, Twitter is a primary source of news for many, making it a target for bad actors. This type of hack by con artists for financial gain can also be a tool of foreign actors and others to spread disinformation and – as we’ve witnessed – disrupt our elections,” New York Gov. Andrew Cuomo said.

With a federal investigation underway, “the hack is likely to continue to ratchet up pressure on social media companies, which are already facing scrutiny over content moderation, disinformation and foreign interference,” CoinDesk reports.

But that doesn’t mean we’re any closer to a decentralized alternative. As Start9 Lab’s Matt Hill put it, the hack “is yet another wake-up call. And like most wakeup calls, it will be greeted with a snooze button and a growing sense of anxiety.

First Mover
The notoriously volatile bitcoin slid just 0.8% to about $9,100 on Thursday, following the largest social media hack in recent memory, which involved an amateurish crypto scam. That’s in a market where it’s not uncommon for prices to swing 8% in a day. “It’s a non-event for price,” Matt Blom, head of sales and trading for the cryptocurrency firm Diginex, told First Mover in an email. The reasons for the non-event revolve around the contradictory and mostly-psychological readings of the event. Little in bitcoin was stolen, all publicity is good publicity and the hack shows how easy it is to track stolen crypto. Maybe most salient: Bitcoin is worth stealing.

Your Prime Membership Should Be Tokenized
Jeff Dorman, a CoinDesk columnist and chief investment officer at Arca, thinks Amazon Prime membership should be tokenized. Tokenization offers the clearest path to show digital ownership and maintain property rights, he said, but it also offers incentives for token owners to maintain, develop and propagate their platforms. In a sense, it’s the easiest way to link shareholders and users of a platform together. “This is the only path where capitalism and socialism can converge, and we’re seeing it happen in real time. Debt, equity and tokenized digital assets will all have a place in an investor’s portfolio and, more importantly, in customers’ portfolios. The lines are likely to blur as investors become active participants in the bootstrapped growth of the companies they love,” he writes. 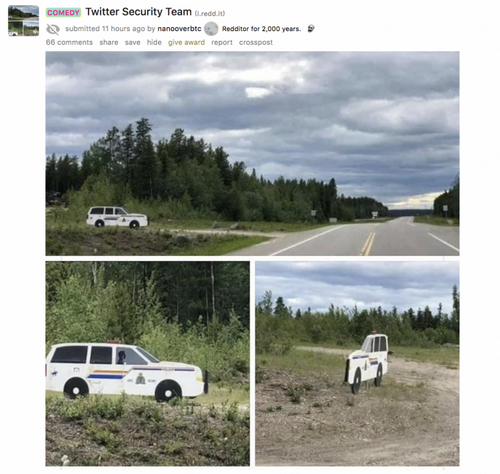