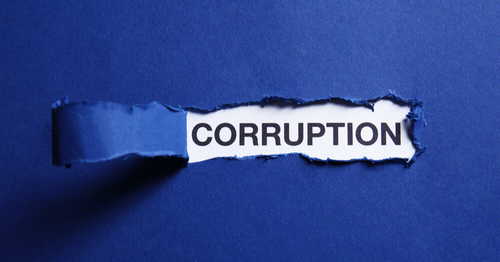 A recent report from the World Economic Forum addressed five ways in which blockchain could help to address corruption within the government.

These five points include:

Blockchain is a decentralised public ledger, where data is recorded, encrypted and distributed to every computer that is connected with the network.

When any information is to be altered or deleted, it must be verified across every ledger in the system, confirming the change is authorised and authentic, before proceeding further.

In the case of public procurement, the government could implement an automated smart contract to act as an oversight tool for tamper-evident transactions, removing any human error and limiting any vulnerabilities.

Traditionally, the land title registry exists primarily in physical form – it can be susceptible to changes by individuals with unethical intentions.

By utilising the public ledger system, these records will be stored permanently in the blockchain, unless a change is authorised. This would offer protection from any fraudulent activities and increase the resilience of land ownership.

These same advantages could be applied to electronic voting systems. By implementing a voting system based on blockchain, votes will be immutable and tamper-proof through the encryption.

A wide range of applications

A blockchain-based registry could be used to track conflicts of interest and criminal activities in the beneficial corporate ownership registries. The registry cannot be changed, providing better efficiency and transparency.

With grant disbursements, it is hard to track money when it has been distributed. Disbursements pass through different middlemen until they arrive at a recipient.

Unfortunately, in many cases, the money never gets there. Using smart contracts will eliminate any unnecessary middlemen, reducing the overall financial cost and the risk of any ill-intended financial diversion.

With many experimental systems, there is always a possibility of cyber-attacks and exploitation from immoral actors. Even though blockchain is known for its encryption, there still might be a chance that vulnerabilities will be found, and exploited.

Prior to a blockchain system being implemented by a government, past files and data will need to be digitised and uploaded into the blockchain. This will require a massive amount of paperwork, which is prone to human error.

Implementing blockchain in a government sized system could be risky – considering how quantum computing could eventually evolve and become capable of processing a blockchain algorithm in minutes.