Wednesday’s Twitter hack would seem to  spell regulatory doom for Bitcoin, which is widely distrusted in Washington. Some lawmakers – and U.S. President Donald Trump himself – associate it with crime.

In 2019 Trump tweeted he is not a fan of bitcoin and that “unregulated crypto assets can facilitate unlawful behavior.” He also reportedly told Treasury Secretary Steven Mnuchin to “go after Bitcoin.”

But immediately following the hack, lawmakers seemed more focused on Twitter’s security problems rather than cryptocurrency’s role in the hack.

On Wednesday, high-profile accounts belonging to Elon Musk, Kanye West, Barack Obama, Joe Biden, cryptocurrency exchanges and many others were co-opted into a bitcoin scam that netted the hackers at least $100,000. Twitter struggled to resolve the issue, even temporarily blocking verified accounts’ abilities to tweet and reset their passwords. Security experts said the hack was likely deep in Twitter’s system, and therefore is not a quick fix.

Lawmakers were quick to respond.

Sen. Josh Hawley (R-Mo.), a vocal critic of tech platforms, fired off an open letter to Twitter CEO Jack Dorsey soon after the hack went mainstream. The event, he said, “may represent not merely a coordinated set of separate hacking incidents but rather a successful attack on the security of Twitter itself.”

Hawley also asked whether there was a risk that President Trump’s account could have been hacked and how many users might have had their data stolen. 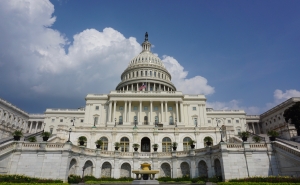 Sen. Ron Wyden (D-Ore.) revealed he had met with Dorsey privately in 2018 and discussed implementing end-to-end encryption of users’ direct messages, which could contain sensitive information and may have been vulnerable during the hack. Wyden says Dorsey told him at the time that Twitter was working on encrypted DMs, but two years later it hadn’t delivered.

“This is a vulnerability that has lasted for far too long, and one that is not present in other, competing platforms. If hackers gained access to users’ DMs, this breach could have a breathtaking impact for years to come,” Wyden said in a statement.

Meanwhile, some crypto supporters in Washington, D.C., aren’t worried the hack will cause lasting damage to the industry.

Coin Center Director of Communications Neeraj Agrawal noted that while Twitter was compromised, Bitcoin (or crypto) was not. And if the hackers’ goal was to make money, they failed miserably: Only a scant $123,200 in bitcoin flowed through the wallet listed, and it’s likely some of those funds were recycled through by the attackers.

The incident shines a spotlight on centralized points of failure, such as one individual on a single platform being able to compromise numerous accounts.

“Somebody who has limited access to the admin panel on Twitter was able to do so much damage because Twitter is a centralized server,” Agrawal said.

Agrawal doesn’t think the incident will have a huge impact on how lawmakers approach crypto.

“Even though maybe it’s been broadcast to more people than ever before, the kind of people who are watching it closely, like policymakers for example, see this and … they’re not surprised by the capability for this,” he said. “I hope that they see this, and they know that there’s nothing new here, there’s nothing to react to when it comes to Bitcoin policy.”

It remains to be seen whether the White House or senior administration officials decide to weigh in, but so far the response from lawmakers has been promising, said Kristin Smith, executive director of the Blockchain Association.

She pointed to a tweet from Rep. Tom Emmer (R-Minn.) as one example, noting he explicitly said centralized control was the issue behind Twitter’s hack.

“I would say 99% of policymakers are not thinking about blockchain or cryptocurrency. And so anytime that you have national headlines that deal with a hack of this size and magnitude, and Bitcoin is sort of involved in the process, for the uneducated it’s a bad association because they then think that Bitcoin is sort of a preferred tool of criminals. Those of us that work in the industry and know it, study it, the policymakers who spent the time to learn about it, know that that’s not the case,” Smith said.

Wednesday’s hack may prove to be a teachable moment for the crypto-skeptics, she said. Blockchain analytic firms are already watching the address the scammer used, and exchanges have begun blacklisting it, preventing potential victims from sending any funds to the account.

Agrawal said he hopes there is a conversation about the potential benefits of using crypto, such as by Russian political activists or in trying to avoid currency freezes.

“We got lucky, because hackers have unprecedented access to a massively important system where so much damage [could have happened]. I mean, it’s mind numbing the amount of payoffs they could have caused in a few minutes. But instead they went for bitcoin,” he said.

James Comer (R-Ky.), head of the House Committee on Oversight and Reform, also sent a letter to Dorsey demanding the committee be briefed on everything from how quickly Twitter alerted the FBI to whether the hack was conducted by a foreign adversary. Comer, too, expressed concern over where direct messages were vulnerable.

“Twitter’s failure not only created an opportunity for criminals to perpetrate a crime broadcasted to millions of Twitter’s users, but the hackers’ potential breach of Twitter’s security poses broader risks regarding hackers’ access to private direct messages,” he said in the letter.

Senate Commerce Chair Roger Wicker (R-Miss.) also sent Dorsey a letter, though it was less strident than Hawley’s. He said he was concerned about the potential for disinformation to be spread through such a hack, especially via high-profile accounts.

Rep. Frank Pallone (D-N.J.) said in a statement shared with CoinDesk the hack could have had “major consequences” on elections, calling on Twitter to “get to the bottom of the hack and implement necessary safeguards” to prevent a repeat.

On a local level, New York Gov. Andrew Cuomo directed the state to conduct a full investigation into the hack.

“With more than 300 million users, Twitter is a primary source of news for many, making it a target for bad actors. This type of hack by con artists for financial gain can also be a tool of foreign actors and others to spread disinformation and – as we’ve witnessed – disrupt our elections,” said Cuomo in a statement.

The hack is likely to continue to ratchet up pressure on social media companies, which are already facing scrutiny over content moderation, disinformation and foreign interference.