Traders want a bitcoin price breakout but they aren’t sure when that will happen. 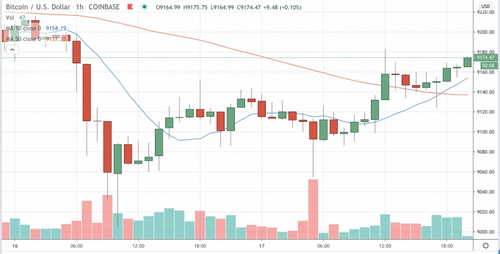 Traders are optimistic that bitcoin’s weak market, with low volumes and low volatility, can quickly change. Price movement outside of the low $9,000s territory is key, said Rupert Douglas, head of business development and institutional sales at London brokerage Koine. “This tussle between bulls and bears from $9,000 to $9,500 is a slow grind at the moment. A close outside these boundaries will likely see a sharp move either way.”

It will take more exciting news than a Twitter hack attempting to scam social media users out of bitcoin to bring the world’s oldest cryptocurrency out of stagnation, said Jean-Baptiste Pavageau, a partner at Paris-based quantitative trading firm ExoAlpha.

“The fact that bitcoin didn’t move because of the Twitter scam shows the importance of $9,100-$9,200 range to either consolidate the trend and move higher or invalidate the level and fall toward $8,200,” said Pavageau. 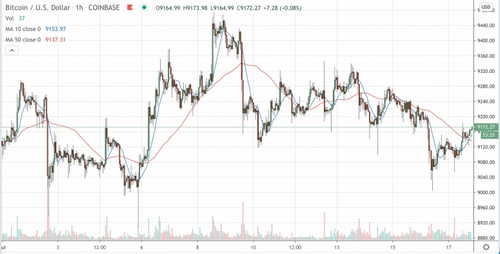 In a sleepy bitcoin sector, several analysts pointed to the crypto derivatives market as a sign the industry is still growing. “In general, the markets have come a long way and I am particularly excited about some of the new derivatives platforms that have emerged.” Mick Sherman, founder of New York-based Trading Firm Altcoin Advisors.

In particular, CME, Binance and ByBit have seen growth in open interest. 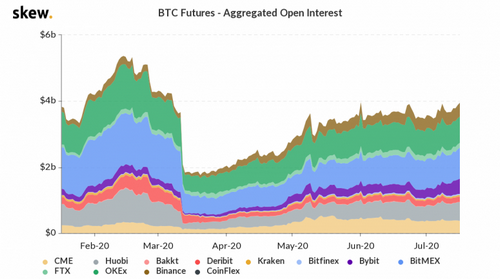 In addition, U.S. dollar-denominated open interest on Seychelles-based derivatives exchange BitMEX is around $700 million, a high not seen since the excitement surrounding May 12’s bitcoin halving, a scheduled reduction in the cryptocurrency’s new supply output that happens roughly every four years. 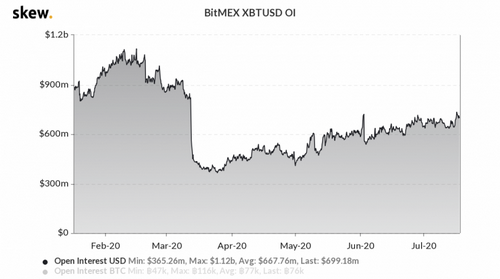 “We still see a lot of interest and building momentum for derivatives and expect this to continue for some time, particularly as traditional managers seem less interested in holding the underlying but still want exposure to price movement,” said Douglas Bilyk, business development director at crypto brokerage Copper.

Derivatives might be a factor, but cryptocurrencies other than bitcoin could weigh on the market as well, Bilyk added. “We’re expecting a large bitcoin move but direction is unclear. One ‘canary in the coal mine’ might be the bullish moves in some of the blockchain development tokens these past few weeks.”

This week, the Ethereum network experienced the most transactions in over two and a half years. On Monday, total transactions reached 1,151,834, the first time it has been that high since Jan. 18, 2018, according to data from aggregator Etherscan.

Ethereum transactions since the network launched in 2015.Source: Etherscan

With decentralized exchanges now around $60 million in volume per day, tokens on the Ethereum network, often referred to as altcoins, are giving traders new ideas to profit within the cryptocurrency ecosystem. “I don’t see bitcoin as a clear trading opportunity right now, however there are some opportunities with altcoins that have performed really well lately.” said Alessandro Andreotti, an Italy-based bitcoin over-the-counter trader.