“The attack may have harmed bitcoin’s public perception, but the fact that the market has hardly reacted is a positive sign,” said Rich Rosenblum, co-founder of New York-based trading firm GSR. Investors continued to buy in when bitcoin dipped to $9,000. The price headed that low in early Thursday action before traders scooped up more of the world’s oldest cryptocurrency.

“I can see some traders considering the Twitter hack to be a negative. But we all know that given the transparency of the bitcoin ledger, there are safer ways for scammers to scam,” said George Clayton, managing partner for New York-based Cryptanalysis Capital. “I don’t see anything about this hack changing the value proposition of bitcoin or any other cryptocurrency.”

Even Twitter’s stock (NYSE:TWTR) has recovered Thursday from a brief spate of selling late Wednesday before the U.S. stock markets closed.

Traders are more concerned about the broader equities markets affecting bitcoin than anything else. “Bitcoin’s price at this moment seems highly correlated with the stock market,” said Alessandro Andreotti, an Italy-based bitcoin over-the-counter trader. “It will probably see some pressure if the stock market enters a correction phase.” 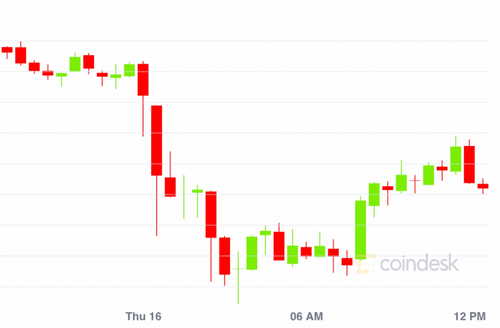 Fees on the Ethereum network are now higher than they have been in a month, as the price per transaction crept up to 0.003691 ether Thursday, according to data from aggregator Blockchair. Ethereum is the backbone behind most DeFi platforms, and the rise in fee price means increased demand for the network as well as the possibility of constraints in the near future.

“Due to the hype around DeFi, the gas fees on the Ethereum network are in the higher range in the past month, reflecting a strong network demand,” said Johnson Xu, head of research and analytics at TokenInsight. “Further strong growth of DeFi could be restricted by the Ethereum blockchain network bottleneck.”

Johnson is optimistic that scaling solutions will allow DeFi to continue growing, however. “Multiple solutions to scale the Ethereum network, the slow but progressive ETH 2.0 development, the layer-2 proposals, will add significant value to the Ethereum ecosystem, lifting the limit on how the DeFi ecosystem can grow in the future.”