Only 30% of Ethereum Classic’s nodes will support future network hard forks after a major client walked away from the project last week.

OpenEthereum has voted to stop supporting its Ethereum Classic client to focus attention on other projects. In addition, it has concerns about that blockchain’s immutability, according to a GitHub vote Thursday. It’s also well known that client Multi-Geth will not support future network updates either for similar reasons.

What this means is, of the 615 current Ethereum Classic nodes listed by ETC Nodes, 425 won’t update in the future as developers make changes via hard forks.

That leaves Besu, with three nodes, and Core Geth, with 187, to support the network if a hard fork were to occur now. OpenEthereum supports 294 nodes and Multi-Geth supports 131 nodes. The former is a project run by decentralized exchange (DEX) Gnosis that supports Ethereum and Ethereum Classic implementations written in the Solidity programming language.

OpenEthereum has chosen to shut down support for the original Ethereum mainnet to conserve developer energy for its Ethereum client, formerly known as Parity-Ethereum. Gnosis’ OpenEthereum inherited the entire client codebase from Parity Technologies in December. 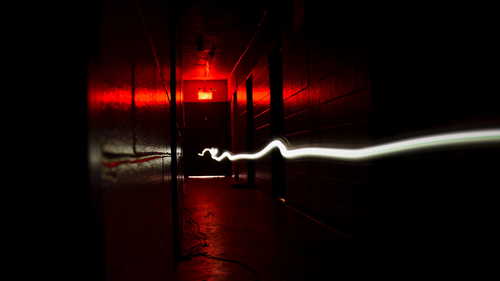 In a private message, Gnosis Founder Martin Köppelmann told CoinDesk that Gnosis did not have the “capacity or the willingness to get involved into the governance (aka “drama”) of other chains.”

“We explored various options to work with different players from ETC but in the end we felt we want to focus on the thing we know and that is Ethereum,” he said.

Ethereum and Ethereum Classic split ways in 2016 following the exploitation of a vulnerability in The DAO’s smart contract code. Ethereum developers led by co-founder Vitalik Buterin decided to roll back the Ethereum mainchain to its previous state before The DAO incident in order to recoup lost funds in the exploit.

Ethereum Classic developers disagreed with the rollback and chose to maintain the original chain in order to keep the value of “blockchain immutability” alive.

With Ethereum Classic’s latest hard fork, Phoenix, questions regarding immutability are again at the forefront of community debate.

Phoenix introduced new internal changes to the tokenomics of the blockchain network, called OP-CODEs, previously implemented in December 2019 on sister network Ethereum with its Istanbul hard fork. Changing those tokennomics necessarily broke some smart contracts thereby harming the network’s image as the “immutable” version of Ethereum, some voiced in the GitHub.

OpenEthereum developer Artem Vorotnikov said that it was perhaps “time for a divorce” between OpenEthereum and Ethereum Classic. That sentiment was shared by Multi-Geth and Parity Tech cord developer Wei Tang in a June blog.

“If two things are basically the same without even any principle or philosophical differences, if the original good reason that caused the disruptions and splits of ETH and ETC is no longer valid, then I think for a healthy ecosystem of Ethereum, we should follow the majority consensus of ETH, or support a merge of ETH and ETC,” he wrote.

In a phone interview with CoinDesk, ETC Labs CEO Terry Culver acknowledged Parity Technologies has been “extremely generous” in its developer support over the years. He suggested that Ethereum Classic developers should be mindful that they have to balance immutability with the need for innovation in Ethereum Classic (ETC Labs maintains Core Geth).

In short, the dwindling number of nodes is a problem for the network. A large and diverse set of nodes is needed to maintain a blockchain resistant to third-party attacks.

Multi-geth is dropping ETC support too, but both core-geth and Hyperledger Besu are both viable options which we will be recommending to end-users. Best wishes.