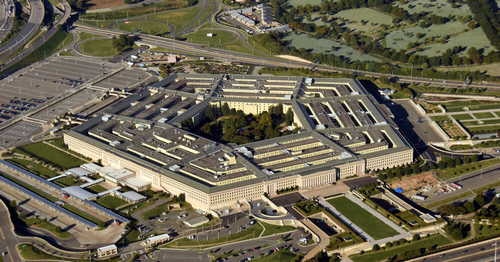 The Pentagon researches possible tools to trace Bitcoin transactions in an effort to detect criminal activities.

Experts at the Pentagon are considering hiring a crypto analytical service to efficiently detect cryptocurrency transactions for fraudulent and criminal purposes. This follows the recent hacking of Twitter, which was a scam aimed at obtaining people’s bitcoin.

In a statement released on July 10, the Department of Defense issued a contract opportunity for a “cryptocurrency Investigative Web Based Application”

According to the report, the Department of Defense is looking for a “web based application capable of assisting law enforcement to identify and stop actors who are using cryptocurrencies for illicit activity such as fraud, extortion, and money laundering. Application must enable users to conduct in-depth investigation into the source of cryptocurrency transactions and provide multi-currency analysis from Bitcoin to other top cryptocurrencies”.

Many blockchain companies have shown signs of interest. Chainalysis, Elliptic, and Coinbase having a history of working with government agencies. In a somewhat controversial move, Coinbase licensed its $124,950 blockchain tracing software to the IRS earlier this week.

Coinbase declared that they are very cooperative with authorities and law enforcement:

“We’ll always look for ways to work with agencies and law enforcement to fight illegal activity”, said a company spokesperson.

At the beginning of March, a bill called “Eliminating Abusive and Rampant Neglect of Interactive Technologies Act of 2020” (EARN IT) was introduced in the Senate. This would allow law enforcement access to encrypted communication software in order to combat illegal activities.

In June, the Lawful Access to Encrypted Data Act or LAED was introduced. It is a de facto ban on any business that provides encryption services or products which do not offer a backdoor for government access.

Throughout the last few months, it seems like the US government is taking a stance against encryption and is slowly chipping away at it, and the contract the Department of Defense created would further this trend.

If the LAED, or any anti-encryption bill, is passed, businesses are required to create backdoors (which might not have existed before) in their products or software in order to help law enforcement.

This poses a very public threat to privacy. With backdoors providing ready access, individuals with malicious intent could abuse the vulnerability and wreak havoc upon a company and its user base.

As our personal lives are quickly digitised by the day, it is extremely dangerous to create a point of attack for cyber hackers.