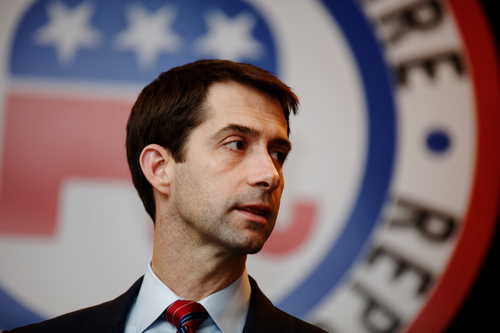 The idea of a U.S. digital dollar is no longer a fringe novelty. Now, it may be a means to an end.

The U.S. Senate Banking, Housing and Urban Affairs Subcommittee on Economic Policy conducted a hearing on “Winning the Economic Competition” between China and the U.S. on Wednesday. Once again, the idea of a Federal Reserve-administered central bank digital currency reared its head.

Much of the hearing was about America’s economic relationship with China, and both nations’ economic relationships with the rest of the world. Four of the five speakers had no close ties to the crypto space, and discussed issues like supply chain dependence and technologies like 5G.

Rather than focus a major part of the hearing on crypto, as two previous hearings did, crypto was brought up as one of many possible tools to maintain U.S. economic supremacy. This could be interpreted as crypto’s increasing acceptance as a mainstream idea.

Former Commodity Futures Trading Commission Chairman Christopher Giancarlo, a longtime advocate for a digital dollar and one of Wednesday’s witnesses, once again called for the U.S. to begin conducting pilot programs to test out different facets of a tokenized dollar.

The idea is not just academic, said Senator Tom Cotton (R-Ark.), who chairs the subcommittee. During a previous hearing, Cotton also advocated for modernizing the dollar, saying it would need to be better than bitcoin.

“For us, maintaining the dollar’s supremacy is not only an economic matter, it is a critical strategic matter as well. It is what allows us to have such effective sanction regimes around the world as well as other benefits,” he said, before asking Giancarlo about the next steps in rolling out a digital dollar.

Giancarlo, as he has in the past, emphasized the issue of which nation’s values would define the global reserve currency. At the moment, the U.S. dollar fills that role, but he noted that China has been preparing to roll out a digital yuan, which could give the world’s most populous nation an edge.

Walter Russell Mead, the James Clarke Chace Professor of Foreign Affairs and Humanities at Bard College and a member of the Hudson Institute, agreed. A strong financial system “has been a foundation of prosperity and power for hundreds of years,” he said. He believes this is unlikely to change in the future, and agreed with Cotton that global dependence on the U.S. banking system is “one of our most effective tools of power.”

“We can’t just take an asset like that for granted,” he said. “We have to assume that as the nature of finance changes, the nature of currencies change, we have to stay at the leading edge of that … innovation, so we do need to be thinking actively about how the dollar can be a fundamental building block for economic activity in this time of the information revolution.”