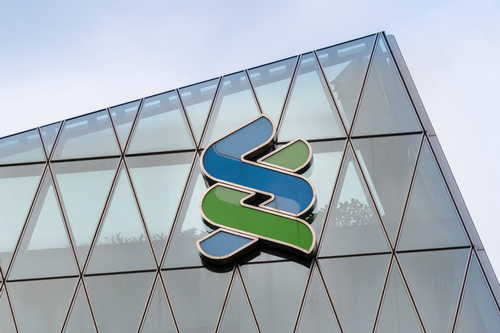 Standard Chartered’s venture and innovation arm has been working on a crypto custody offering for the institutional market and the first pilot could launch later this year.

Alex Manson, the head of SC Ventures, confirmed to CoinDesk Monday the firm is building what he claimed would become one of the most-secure crypto custody solutions on the market.

Details remain thin on the ground, but Manson said that as many as 20 institutions have expressed interest in the custodial solution. Although it will be based in the U.K., it will be open to clients from around the world. As well as assets such as bitcoin, SC Ventures is looking at also making the solution suitable for security tokens.

According to Manson, institutional adoption has been hindered by a lack of proper custodial offerings. Initially, SC Ventures had been looking at creating a market service, but realized it had to go a couple of steps back as many wouldn’t touch the digital asset space “with a flagpole” until they had ready access to an institutional-grade storage solution.

Custodial offerings currently on the market, Manson said, don’t have the proper security required for clients to store millions of dollars in digital assets. Many also lack function segregation, meaning the custody business isn’t separated from other ventures, he added.

By providing the fundamental market infrastructure, Manson said that SC Ventures saw an opportunity to kick-start the institutional adoption of cryptocurrencies.

“If digital assets more broadly are here to stay as an asset class, then you will need the infrastructure to keep them safe,” Manson said.

Based in Singapore, SC Ventures is the innovations platform for British bank Standard Chartered. Part of its role is to help create new businesses and revenue streams for the wider banking group. As well as the custody solution, the venture arm is working on bringing another nine (non-crypto-related) projects to market.

Just last week, SC Ventures participated in the oversubscribed Series A for market infrastructure provider, Metaco. At the time, Manson said in a statement that the investment would complement its own custodial initiative, which has not yet been publicly named. Talking to CoinDesk, he elaborated, saying Metaco would be one of the key technology providers.

Standard Chartered has long expressed an interest in crypto custodial solutions. Margaret Harwood-Jones, the bank’s global head of securities services, told trade publication Global Custodian that it was something the group was investigating in November 2018.

SC Ventures is still open to feedback from prospective clients about possible features, as well as the assets they would like to see supported.

Manson said the first pilot for the custodial solution could launch sometime later this year.