A recent report from the New South Wales Treasury outlines how an obsolete regulatory framework could cause the benefits of disruptive technologies, such as blockchain, to be missed. The report calls for reforms so that blockchain can help the Australian economy.

In a traditional regulatory model, new laws and regulations are implemented on a prescriptive basis. However, new technologies, such as autonomous vehicles, AI and most notably blockchain, possess an ever-evolving cycle of product development.

Therefore, regulators should prescribe new regulations at a pace sufficient to the speed of technological advancement, but they are currently lagging behind, in what is called a “pacing problem”.

“Regulators may be forced to modify the rules and regulations incrementally, often impeding the speed and benefits of innovation.” 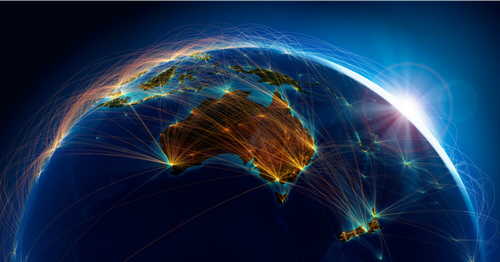 The answer is reform

The paper suggests that by transitioning to an outcome-focused regulatory framework, businesses could freely adopt, implement and experiment with any technologies that could lead to a desired outcome.

An overall regulatory reform could reap the maximum potential of current and future disruptive technologies. This regulatory philosophy creates a playing field where businesses could further innovate and provide extra competition, propelling the technology sector forward.

The report stated that the economy could gain tremendous benefits through small adjustments of the framework. A 5% reduction in compliance fees could result in $600 million AUD to $4 billion AUD ($430 million to $2.86 billion) in net benefits.

Furthermore, a reform could speed up innovations, as businesses can save precious time without seeking regulators’ permission.

The paper ends by suggesting that during lockdown amidst Covid-19, where businesses are closing down and more people are unemployed, the reform could speed up economic recovery after the pandemic.

“Any improvement to the business environment could mean the difference between a quick recovery and an extended recession. Where regulatory reform has previously made it easier to do business, it could today have the added benefit of helping to facilitate recovery.”

In 2018, Chinese President Xi Jinping made an announcement stating that blockchain will be China’s first and foremost priority. In the following years, China had taken many initiatives to deregulate and encourage blockchain development domestically.

Earlier this month, the successful integration of blockchain between federal agencies through an E-seal system has created better overall communication and a reduction of paperwork in the Chinese city of Hangzhou.