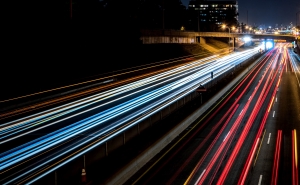 BCB Group, which provides payments services in Europe to institutional players such as Bitstamp, Coinbase, Galaxy and Kraken, is launching an instant settlement network for cash and crypto.

Announced Monday, the BCB Liquidity Interchange Network Consortium (BLINC) is a real-time gross settlement system that aims to do for euros, British pounds and Swiss francs what the likes of the Silvergate Exchange Network (SEN) does in the U.S. for big crypto clients transacting in U.S. dollars.

BLINC is now emerging from a pilot stage, going live with Luxembourg-based exchange Bitstamp as its founding partner alongside some 15 other BCB clients. More exchanges are expected to be added in the coming weeks.

“BLINC is a real-time, 24/7, fiat settlement network, made possible because the reach of BCB’s client network is now very wide in the U.K. and Europe,” said Oliver von Landsberg Sadie, CEO of BCB Group.

As a non-stop clearing and settlement ecosystem, BLINC members no longer need to use conventional payment schemes such as SWIFT and SEPA, the Single Euro Payments Area for the European Union, which can be slow moving and only operate during office hours.

Sophisticated crypto traders and market makers looking for arbitrage opportunities can be stymied because it takes a day to load their account with euros, said Landsberg Sadie. And while the U.K. has an efficient Faster Payments Scheme, it’s limited to payments of $250,000, which is quite small when it comes to institutional crypto, he said.

“If you’re a market trader in crypto and need to settle half a million pounds quickly, you’re stuck. If it’s at night, or even during the day, you’re not going to get that kind of instant settlement,” said Landsberg Sadie.

“BLINC is an appealing proposition for Bitstamp as it enables us to offer our clients a frictionless mechanism to fund their trading accounts,” said Chris Aruliah, VP of Banking relations, of Bitstamp in a statement. “The ability to move money instantly in the fast-moving crypto markets is crucial and gives our clients an edge when trading on the Bitstamp platform.”

BLINC is also integrated with a token issuance and settlement system called the Digital Asset Shared Ledger (DASL), built on top of R3’s public Corda Network by a team of ex-RBS blockchain coders known as LAB577.

Behind the scenes, BCB has a banking relationship in the U.K. with ClearBank, which also stepped in to take over banking for Coinbase when Barclays chose to end that relationship around this time last year.

Without naming names, Landsberg Sadie said BCB has a number of other partner banks in Europe and Switzerland.

The barriers stopping banks coming close to dealing in crypto are gradually being removed, with some regulatory clarity emerging last week in the form of a letter from Office of the Comptroller of the Currency (OCC) allowing nationally chartered banks in the U.S. to provide custody services for cryptocurrencies.

“I think it may take a little while for this to materialize,” said Landsberg Sadie, discussing the OCC’s letter, “but it’s very encouraging, particularly when paired with the news we saw a couple of months ago that JPMorgan would be providing banking services to some U.S. exchanges.”