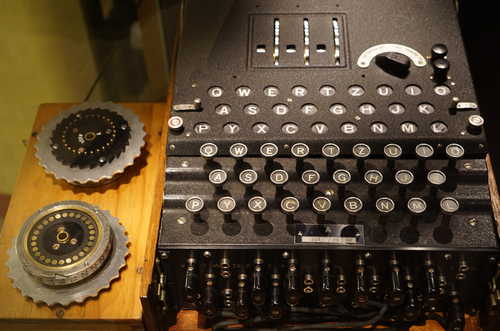 The community behind “secret contracts” is moving forward after months of delay.

The Secret Network, an open source network that protects data for users of decentralized applications, known as “Secret Apps,” has started a token burn and is welcoming players such as Binance, Staked and Figment to its testnet of “secret contracts.”

The network’s protocol lets decentralized applications use encrypted data without revealing it on a public blockchain, or even to nodes themselves, using smart contracts that use private data termed “secret contracts.”

This is one of the main selling points of the Secret Network, a decentralized community that includes contributors such as Enigma, Secretnodes.org, and Chain of Secrets.

The developments are important for a network that was stymied after Enigma, which developed secret contracts, settled with the Securities and Exchange Commission (SEC) in February over its $45 million 2017 initial coin offering.
That left the Enigma mainnet project in limbo. But over the last few months, community stakeholders have independently progressed the vision of the project, organizing a token swap where owners of now defunct ENG tokens, sold during Enigma’s ICO, can swap them for Secret (SCRT) tokens.

Since the token swap went live June 27, more than 9 million tokens have been exchanged, with a value of over $2.4 million.

“Privacy is really the thing that drew me in,” said Ian Dixon, one of the key community members that set up the token swap, who is based in Sparks, Nevada. “I love bitcoin but what’s at the core of bitcoin? It’s privacy. And Enigma’s idea definitely spoke to me because even after all the ways that bitcoin might change, the core thing that doesn’t is privacy, and Enigma stuck with that in a way no one else has.”

Enigma’s settlement with the SEC left the company unable to comment on or coordinate much of anything in the community. Dixon and other contributors were left wondering what would happen next and decided to step in. They agreed to a swap of tokens, working on it in addition to their full time jobs until it went live in late June.

The Secret Network uses a computing technique known as Trusted Execution Environments (TEE), which allows computers to analyze data without exposing it to other parts of the system, somewhat like a vault. The secret contract code is finalized, but has yet to be proposed to the mainnet. There are currently 34 active validators on the network.

“Enigma is continuing to collaborate with the community in the development of Secret Network, including the recent completion of the code to enable secret contracts on the network,” said Guy Zyskind, CEO and cofounder, Enigma.

That day is coming closer, as the Secret Network launched an incentivized testnet for its secret contracts that includes 15 validators including Binance, one of the largest exchanges in the world, Staked and Figment, which are two of the crypto world’s biggest staking providers, as well as Chorus One, which builds core infrastructure for blockchain protocols. The development is the final step before the secret contracts are proposed to the mainnet, and represent what could be adopted by some of the largest players in crypto.

Since the settlement, Enigma has focused on the development of privacy preserving tech, such as the secret contracts. It’s also using IBM Cloud to build the Enigma Confidential Computing Platform, and bringing that platform to bear on data sharing in the time of COVID-19 through SafeTrace, a contact tracing function that would allow data such as location history and diagnosis results in a privacy-preserving manner between users and data providers, according to Enigma.

The Secret Network’s community of validators and developers have proposed the idea of creating a foundation to oversee, coordinate, and amplify the work of the network. The idea resulted in the launch of the Secret Foundation on June 15, with Tor Bair, former Head of Growth at Enigma, as the foundation’s Executive Director and Chairman.

Laura Weindorf, who is based in Grand Rapids, Mich., was another person who was attracted to the Secret Network for its emphasis on privacy.

“Things are going to happen with it that we wouldn’t even have thought of, as everything evolves,” said Weindorf. “That’s very exciting to me and I really wanted to be part of that in general.”

She worked on the network upgrade that changed web addresses for the Secret Network, so they started with the word “secret” and added the token swap module that several people developers built to the mainnet.

“I saw that enterprises were exploring private blockchains, and sure, you can do that. But for mass adoption you need to have scalability and privacy built in, and so I got involved,” said Weindorf.

Dixon is looking forward to furthering his work on a block explorer, Puzzle, after months of work on the token swap.

“We’re going to be adding off chain voting and the idea is, we want users to be able to signal their interest in different initiatives and ideas on these Cosmos based networks, starting with the Secret Network, and it’s going to be private voting” said Dixon.

The next step for secret contracts are quickly approaching.

“The second phase of Secret Network’s incentivized testnet will begin in early August, with secret contracts expected to be proposed on mainnet in September,” said Tor Bair, Executive Director of the Secret Foundation. “This would make Secret Network the first public blockchain to support smart contracts that use encrypted inputs, outputs and state.”