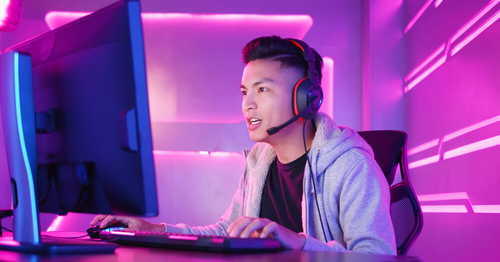 Legend of Mir’s developer, WeMade, was founded in 2000 in South Korea and has remained an important name in the gaming industry ever since. Recently, the company announced that a blockchain-based version of Legend of Mir is under development.

WeMade has shown an increasing interest in blockchain technology since the foundation of its subsidiary WeMade Tree, which is entirely focused on Blockchain. The subsidiary launched its blockchain platform back in 2019, intending to provide a marketplace and wallet for digital assets as well as gaming Decentralized Apps (dApps).

There is a growing interest from companies and users in blockchain gaming.

The groundswell of interest is reflected in the formation of the Blockchain Game Alliance and the increasing number of games using the technology — with companies like AMD, Ubisoft, The Sandbox, and Atari starting their projects and partnerships to research and apply blockchain to existing platforms.

WeMade itself has a partnership with Samsung that resulted in the launch of three customized versions of the Samsung Galaxy S20, S20 Ultra and S20+, which included WeMade’s Wemix wallet already loaded.

WeMade Tree’s CEO, Shane Kim, referred to these smartphones as, “probably the first-ever fully-fledged case of collaboration between the blockchain gaming industry and the smartphone sector.”

The gaming company has also started partnerships with big names like Kakao, Naver and Longtu, which has resulted in cash injections and strategic collaboration for development.

Gaming is one of the fastest-growing industries in the world — its revenues have already surpassed both the music and movie industries combined, with the Asian market representing the most competitive and lucrative region.

The Chinese gaming market is the biggest in the world but is dominated by giants like Tencent and NetEase, companies that hold the right for several big titles in Chinese territory as a result of the Chinese Government’s regulations on videogames developed by foreign companies.

“WEMIX’s second or third game will use the Legend of Mir IP. With its prior outstanding achievements in the Chinese market, we believe it can attract the attention of (Chinese) gamers.”

With Legend of Mir still popular in the Asian market, its blockchain-based version will be joining Cryptornado and BirdTornado in the portfolio of games recently added to the blockchain platform.