In collaboration with Ripple, Santander introduces the world’s first international payment app to use blockchain

Earlier this week, Santander released One Pay FX, an application that facilitates international payments through the use of blockchain technology. Partnering with Ripple, One Pay FX is designed to improve upon the legacy payment system to ensure efficient transaction speeds, low costs and transparency.

Traditionally, an international transaction would normally take three to five days with the exchange rate unspecified, leaving speculation and uncertainty of the total amount to reach the recipient. Furthermore, the fee amount could be unknown

“Customers told us that they never knew how much money was going to get to their recipient because it was never clear what the exchange rate would be or what fees would be charged,” Metzger continued, “On top of that, they had no transparency about when the payment was going to get there. They just knew it would take three to five days. This type of feedback is standard across the industry. No one was solving the problem.” 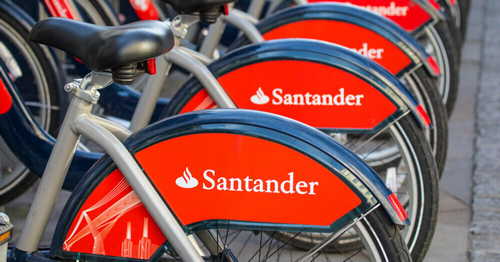 In simple terms, blockchain is a decentralised, distributed ledger platform. This means that when information is sent to the blockchain, it will be encrypted using cryptography and shared across all users of the blockchain. This results in transactions being tamper-proof and extremely secure.

Furthermore, when the blockchain facilitates the transaction, everything is automated and there will be no third-party charging unknown fees, in an attempt to create a transparent and safe process.

In a post made by Team Ripple, they observed that the success of the app is not due solely to speed, cost or transparency, but rather to “the fluid, easy customer experience for mobile users”.

Upon release, the application met with great results. Before this app, consumers’ only choices were remittances services with higher fees and little transparency. Now, user behaviour has completely changed.

“They have so much confidence in the low cost, same day process, it’s no longer a big deal to send money abroad.”

Santander ends its post by stating that blockchain is a basic need of every bank since it provides proficient security, speed and transparency. One Pay FX is currently the first application to provide international transactions through blockchain technology, but it may not be the last.