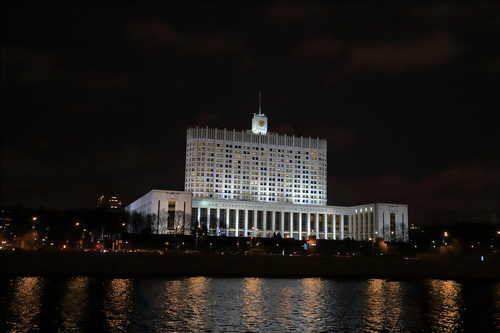 The Russian Ministry of Finance has drawn up a new draft bill that echoes a previous attempt to outlaw cryptocurrency use and, if passed, would have a major impact on the nation’s crypto miners.

The document, sent by the ministry to other government branches for feedback, states that miners located in Russia and using Russia-based infrastructure may not be rewarded for their work in cryptocurrency, according to the Russian newspaper Izvestia, which first reported the bill.

The draft is intended to amend a new law on digital assets signed by Russian President Vladimir Putin at the end of July.

If the bill becomes a law, it might push individual miners outside of lawful operations, says Igor Runets, CEO of BitRiver, one of the largest mining farms in Russia. “They receive crypto as a reward [for recording transactions on the blockchain], and this becomes illegal,” Runets said.

A way around this issue would be for a miner or mining farm to establish a foreign entity through which to conduct its finances, Runets suggested. However, the process isn’t cheap, and wouldn’t be an option for small miners that can’t afford the legal costs.

The draft bill, obtained by CoinDesk (see below), states that the “actions allowing third parties to use digital currency, creation of software and hardware for issuance of the digital currency and transactions with it in the computer systems created by the foreign laws,” are “not forbidden.” However, accepting digital assets as a payment for such work would be outlawed.

The new rules could affect facilities in Russia that host clients’ mining devices and get paid in cryptocurrency for the electricity and services they provide.

According to Jakhon Khabilov, head of the Sigmapool mining pool, currently only smaller mining farms in Russia accept crypto as payment, while larger ones are paid in fiat currency via bank transfers.

The bill includes stipulations from a previous draft, introduced into the Russian parliament but abandoned after a public outcry. Both state that Russian citizens can only possess crypto assets if they inherit them, receive them as debtors of a bankrupt company or receive them as compensation after winning a lawsuit.

The new draft also carries over the proposal that illegal issuance and usage of cryptocurrency, and accepting it as a means of payment, should be punished with fines of up to 1 million Russian rubles (about $13,240) or up to seven years in prison.


Warning: Trying to access array offset on value of type bool in /home/host1834200/bloomerg.ru/htdocs/www/wp-content/themes/newsup/inc/ansar/template-functions.php on line 189