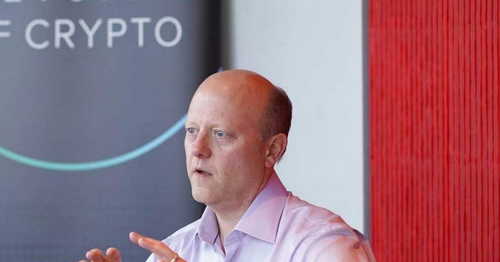 Circle CEO Jeremy Allaire believes the incoming Joe Biden presidential administration in the U.S. will “ultimately be supportive of cryptocurrency because it represents a seismic shift as large as the commercial internet.”

In a Monday interview on CNBC’s Squawk Box, Allaire spoke about how he thinks the incoming administration may regulate the emerging cryptocurrency and digital assets sector, and what may be in store for stablecoins. Circle is a payments services company that operates the USDC stablecoin as part of the Centre consortium.

The Biden administration is “going to be focused on infrastructure changes that make America more competitive, and this is absolutely going to be a core building block in that,” said Allaire during the interview.

Allaire said misunderstandings about cryptocurrency exist at both ends of the U.S. political spectrum but there are also moderates who are looking at the developing sector “constructively.”

Speaking about stablecoins and whether a central bank issued digital currency (CBDC) could crowd out private stablecoins like the USDC stablecoin, Allaire said that while central banks have been researching CBDCs, private fintech platforms have taken the lead in implementing existing stablecoins as a way to move money.

According to Allaire, in the coming two to four years it will be key to see if the relevant standards developed by the private sector converge with the safeguards central banks care about and the kind of supervisory role that makes sense.

Earlier last week, a bill was introduced in the U.S. Congress that would require stablecoin issuers to secure bank charters and regulatory approval before circulating any stablecoins. Allaire did not comment directly on the bill during the interview.