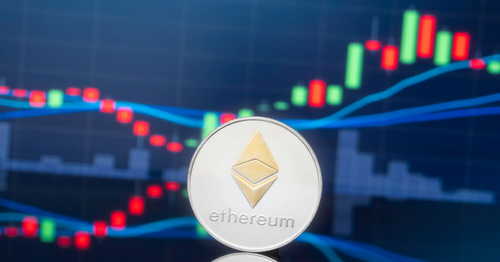 Ethereum is drawing the interest of new investors, according to Grayscale

According to Michael Sonnenshein, the Managing Director of Grayscale Investments, there is a flurry of interest from new investors in Ethereum. Sonnenshein made the comment while speaking in an interview with Bloomberg at the end of last week.

Grayscale is a cryptocurrency investment firm whose crypto trusts allow investors to acquire and hold crypto assets. The firm is among the leading institutions with large reserves of Bitcoin. At the beginning of the month, Grayscale announced the purchase of 7,300 bitcoins. This was followed by an addition of $140 million of Bitcoin into the firm’s reserve four days later, on 4 December.

The investment firm currently has custody of around $10 billion worth of BTC. But its investors are now looking beyond Bitcoin, which surpassed its previous (2017) all-time high at the end of last month.

While discussing the increasing interest in cryptocurrencies, Sonnenshein asserted that new institutional money is eyeing Ethereum as a viable investment. He explained that he had noticed an inclination towards Ethereum this year.

In the third quarter of the year, institutional investors accounted for 17% of the new money into their Ethereum trust. This statistic alone implies that even the big investors see Ethereum as a solid investment.

On the other hand, the crypto’s price has gone up, particularly due to the growing DeFi sector which is primarily centred on Ethereum. It comes as no surprise that the cryptocurrency has outperformed Bitcoin in 2020. In the last few months, the price of Ethereum has surged by 360% compared to Bitcoin’s 170% upswing.

Although other blockchain projects like TRON have tried to enter the DeFi space, Ethereum remains the most preferred blockchain. Back in September, Mike McGlone, a strategist at Bloomberg Intelligence, remarked that Ethereum appeared to be holding onto its platform top status in the decentralised finance sector.