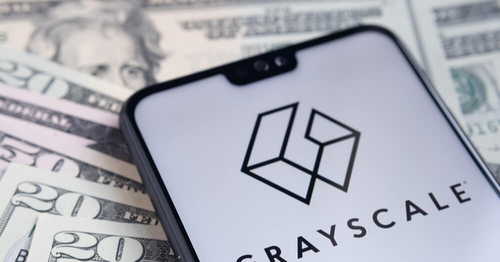 The firm hopes to improve these shares’ marketability with the splitting decision, i.e., by making them more affordable. As it stands, one ETHE share is the equivalent of 0.09284789 Ethereum tokens. This figure will reduce to 0.01031643 if the upcoming split is successful.

In other words, the worth of a single share will decrease in the same proportion of the share split. However, the shareholders will maintain their overall total value. The split will see a $100 share price decrease to about $11.12.

By the same calculation, an individual with five share units will now have custody of 45 units. At the time of writing, the firm’s ETHE shares are trading at $108.8—up 350% since the start of the year. The shares have attracted a lot of interest, more so from retail investors.

The exercise is not a new one or strange either in the equities world. In the past, several firms have completed capitalisation (scrip) issues–an exercise where a firm creates new shares that are then distributed to existing shareholders at no cost.

This process does not affect the value of the total asset under management in any way. Rather, it results in shareholders having an increased number of units with each unit’s cost decreasing to correspond to the supply ratio. The value of an individual’s portfolio and percentage holding in the trust stays constant.

Although capitalisation issues may often seem inessential, they are indicators of a bull market in traditional markets.

Grayscale will follow California-based automotive and clean energy company Tesla that split its shares in August. After Tesla announced a share split on 11 August, the share prices skyrocketed by 70% before the split happened on 31 August It could likely be a similar case for Grayscale.