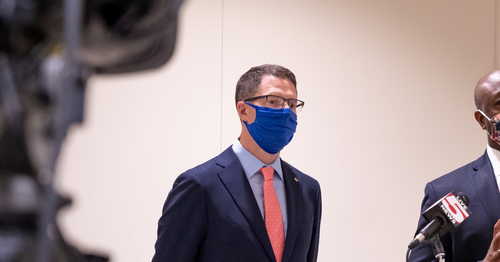 Acting Comptroller of the Currency Brian Brooks predicted a lineup of cryptocurrency banking and clarification actions will emerge from the Trump Administration during its final days.

“I don’t think we need 50 regulations, but what we do need is clarity about what’s allowed,” he said. Brooks cited banks plugging “directly into blockchains as payment networks” as one place where “the answer has to be yes.”

Brooks seemed to imply the crypto banking clarity coming “in the next six to eight weeks” would have a positive impact on bitcoin‘s price.

“It may have been a bubble two years ago, but with more clarity institutions that see this is a real thing are going to adopt at scale, which they’ve already started to do so,” Brooks said. He said regulatory clarity “are the things that are driving prices at this point.”

“We’re very focused on getting this right, we’re very focused on not killing this and it’s equally important that we develop the networks behind bitcoin and other cryptos as it is that we prevent money laundering and terrorism financing. So believe me, there’s a balance here and it’s going to work for everybody,” he said.