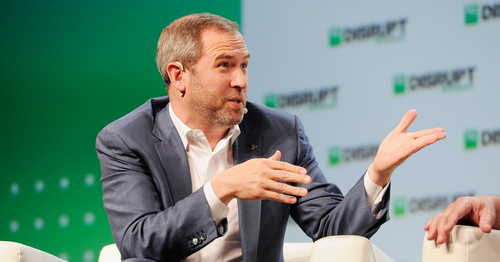 Six weeks after announcing he’s looking at potentially relocating Ripple’s headquarters because of the lack of regulatory clarity around the XRP cryptocurrency in the U.S., CEO Brad Garlinghouse is now taking a wait-and-see approach following the election of Joe Biden as U.S. president. Speaking to CNN’s Julia Chatterley on Wednesday, he said the payments firm hadn’t made any decision on the matter.

“We haven’t put a strict timeline on when we’ll make a decision” on relocating, he said. “I think I am waiting to see what dynamics change, associated with the Biden administration beginning their term in office, and I am optimistic that will actually improve where things sit for the XRP community broadly.”

Garlinghouse donated to the Biden for President campaign earlier this year, according to Federal Election Commission records. Last year, he donated to the Kamala Harris for the People campaign when she was a presidential candidate. Harris later dropped out of that race but is now the vice president-elect and will take office with Biden.

Garlinghouse’s remarks diverge from previous comments, when he indicated the prolonged but fruitless efforts to get federal regulators on the firm’s side seem to have exhausted the patience of Ripple’s executives as the company eyes a potential initial public offering (IPO) and fights a lawsuit.

For years, the payments startup, closely associated with the XRP cryptocurrency, held itself up as an example of good behavior. In 2016, for example, Ripple was the second company in the blockchain industry to obtain the infamously stringent BitLicense from New York State (and later added the architect of that regime to its board).

The firm’s CEO in those days, Chris Larsen, eschewed the then-fashionable term “disruptor” and stressed that unlike Bitcoin’s early adopters, Ripple aimed to assist, not usurp, regulated institutions. To do so it invested in multiple lobbying efforts in Washington.

Lately, the San Francisco-based company’s leaders have been notably less diplomatic. Current CEO Garlinghouse and Larsen, now executive chairman, have publicly threatened to move Ripple’s headquarters out of the U.S., citing the lack of regulatory clarity, particularly from the Securities and Exchange Commission (SEC). The company recently announced it opened a regional office in Dubai.

Ripple is still a far cry from, say, Binance, the global cryptocurrency exchange that has hopped from one jurisdiction to another and has refused to even say where exactly it is headquartered. But the Silicon Valley unicorn’s open discussion of a possible relocation marks a strategic shift, underscoring how the sector’s compliance challenges have grown more complex over the last half-decade.

“Ripple wants to embrace regulation. And when regulation is clear and consistently applied it does result in a predictable outcome,” the company’s general counsel, Stu Alderoty, told CoinDesk in a recent phone interview.

This, however, hasn’t been the case in the U.S., he said.

“Other jurisdictions made pretty significant advances,” Alderoty said, denying that a relocation would be regulatory arbitrage, the corporate practice of taking advantage of differing regimes. In other jurisdictions, “there is a high degree of comfort that the regulator won’t say [XRP] is a security one day,” he explained.

The company’s reasons to consider moving out are “general frustration, and the maturity of other jurisdictions parading that regulation clarity,” he said, adding that for Ripple, “it would be irresponsible not to explore those opportunities.”

To be clear, Ripple hasn’t committed to moving out of the U.S. definitively. Its leadership may just be saber-rattling in hopes of motivating regulatory agencies like the SEC to take action. It’s not out of the realm of possibility that Ripple will stay headquartered in the U.S. even if the SEC continues its business as usual.

Alderoty indicated Ripple would remain compliant with U.S. regulations and likely continue doing business in the country. The specific benefits Ripple would gain by moving out remain unclear, as is why Ripple would move out of the U.S. now.

The SEC’s future focus is itself unclear. Current Chairman Jay Clayton intends to step down before President-elect Joe Biden takes office in January. Biden will get to nominate a new chair, shaping the agency’s course for the next several years.

Compared to the rebellious figures of the early Bitcoin community, Ripple, founded in 2012, looked like your straight-laced aunt.

During that era, the main category of regulation that preoccupied digital currency businesses was the kind designed to prevent money laundering, sanctions violations and terrorism financing.

As early as 2014, Ripple introduced a feature that allows financial institutions to stop certain transactions on its network (which is now known as the XRP Ledger).

XRP, the network’s native currency, could not be frozen, but dollars or euros issued by a bank on the ledger could, allowing Ripple’s corporate users (then referred to as “gateways”) to cooperate with law enforcement requests.

“The individual freeze is intended primarily for complying with regulatory requirements,” the company said in a notice at the time. “It also allows gateways to freeze individual account issuances in order to investigate suspicious activity. These features allow gateways to better operate in compliance of laws and regulations.”

Nevertheless, the following year Ripple was hit was one by of the industry’s first high-profile enforcement actions.

The U.S. Treasury Department’s Financial Crimes Enforcement Network (FinCEN) fined the company $700,000 for failing in its early days to register as a money services business (MSB) and to implement an anti-money laundering program.

The company cooperated with FinCEN and agreed to make “certain enhancements” to the Ripple Protocol “to appropriately monitor all future transactions” and regular compliance audits.

More recently, following the initial coin offering (ICO) boom of 2017, an additional type of regulation has come into play for the crypto markets: securities laws. And this area has proven trickier to navigate for Ripple.

In 2018, a group of investors sued Ripple, alleging the company’s periodic sales of XRP were unregistered issuances of securities. The case is now in the U.S. District Court of Southern California. In October, Judge Phyllis J. Hamilton dismissed most of the plaintiffs’ claims but left three, on which the hearings will now proceed.

“The lawsuit is a symptom of the absence of [regulatory] clarity in the U.S.” Alderoty said.

In the meantime, the SEC was becoming more aggressive in pursuing companies that sold tokens through ICOs. The agency effectively won its lawsuits against Telegram and Kik; while both suits resulted in settlements, the terms were generally favorable toward the SEC, making both companies pay fines for unregistered securities sales and, in the case of Telegram, putting an end to the project.

To be clear, Ripple did not conduct an ICO, but founders David Schwartz, Jed McCaleb and Arthur Britto “gifted” 80 billion XRP to the company, which then sold it to users. However, the climate for token-funded projects in general has been getting more and more threatening over the past two years in the U.S.

While Ripple has long insisted it did not create XRP, it is the largest holder of the cryptocurrency and has relied heavily on selling the asset. The company “would not be profitable or cash flow positive [without selling XRP],” Garlinghouse told the Financial Times in February. Ripple is also active on the buy side: the company is regularly purchasing XRP “to support healthy markets.”

“Ripple generates revenue from multiple sources, but as a private company we don’t break out the details,” Ripple spokesperson wrote to CoinDesk. “That said, Ripple does software enterprise sales – no different than Oracle or Salesforce. Ripple also has not sold XRP programmatically for over a year which is outlined in our quarterly markets reports.”

In previous years, Ripple sold XRP in two parallel ways: programmatically and over the counter (OTC). While the programmatic sales were paused in 2019, the OTC sales went on. According to the XRP Markets Reports published quarterly by Ripple, during 2020, the company has sold a little more than $70 million worth of XRP.

Hence, resolving XRP’s legal status is crucial for the company.

“Ripple put a lot of money in their regulatory work,” a source familiar with Ripple’s business told CoinDesk. “At the very minimum, they tried every means to push the SEC to issue the statement that XRP should not be regarded as a security.”

However, that did not happen, and seeing the SEC crack down on other token projects “it would be hard for Ripple not to worry about that,” the source said.

With XRP occupying an important place on Ripple’s balance sheet, if the SEC or a prolonged legal action ultimately deems the token a security, it might shake up the company’s entire business model.

The situation might get especially tricky as Ripple is reportedly mulling an initial public offering, said Gabriel Shapiro, partner at the law firm of Belcher, Smolen & Van Loo.

“They probably debated and/or probed the likelihood of getting a registration statement approved by the SEC,” Shapiro said. “But if it seemed like the SEC would leverage the registration process to give them a hard time about XRP or other aspects of their business, then they might have decided to try accessing the public capital markets abroad instead.”

According to Alderoty, there are no legal obstacles for Ripple to move its headquarters out of the U.S. while the investor case is ongoing.

He declined to say if Ripple has considered launching an IPO overseas.

Asked if Ripple has been talking to regulators in other countries to make sure they won’t give the company a hard time, Alderoty said that in places like the U.K., reading public guidance can be enough to understand the rules.

However, “not necessarily in connection to our decision to move our headquarters, we have always engaged with regulators all around the world,” he added.

Prior to Wednesday’s CNN interview, a Ripple spokesperson would not say why its executives were suddenly saying they’d pack up and leave.

The spokesperson declined to clarify what exactly the benefit of moving might be if Ripple were still subject to U.S. regulations, as Alderoty said it would be.