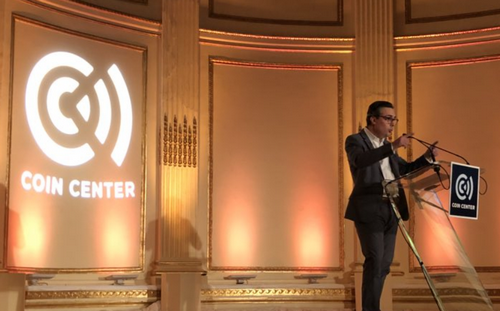 Announced Wednesday, a $175,000 donation to the Washington, D.C.-based non-profit was made by five industry players: NEAR Foundation, Celo Foundation, The Graph, Interchain Foundation and Solana.

Coin Center has also raked in over $300,000 this month from a bevy of small and large donors via Gitcoin, a public Ethereum-based fundraising platform. In the first two days of its Gitcoin program, Coin Center raised over $100,000, as CoinDesk reported.

In total, over 335 donors have contributed $290,000 with an additional $21,000 paid out by Gitcoin’s unique donation-matching features.

Industry players have shown strong support for Coin Center’s advisory and advocacy work in the U.S. capital amid a flurry of year-end legislative and regulatory efforts, including an anti-stablecoin bill that would require issuers to obtain bank charters and stricter know-your-customer (KYC) requirements per a proposed rule from the Treasury Department.

“The Coin Center team has been working tirelessly over the years to help educate and and advocate for better U.S. policy around crypto,” Ashley Tyson, special projects lead at NEAR Foundation, told CoinDesk in a direct message. “As builders of this technology, we think it’s important to come together and support their work.”