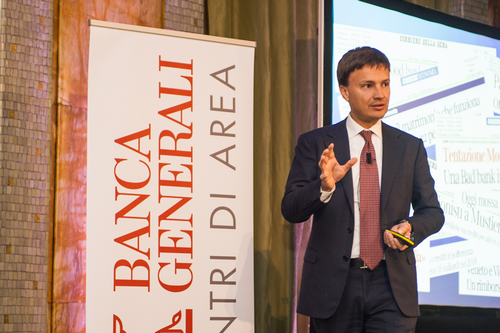 Banca Generali, a subsidiary of Italy’s largest insurer, is leading a $14 million investment round in Conio, a crypto wallet provider popular in Italy.

A commercial distribution agreement to start offering Conio’s services to Banca Generali customers in 2021 has also been signed, the companies said.

There were some smaller investors in the Series B round but they were not made public. Banca Generali accounted for the vast majority of the raise, said a Conio representative, declining to give the exact figure.

Prior to this round, Conio raised $3 million in seed investment at the end of 2015 led by Poste Italiane, and then a $3.5 million round in mid-2018 from various investors including Banca Sella.

For now, the bank’s custody solution will only offer bitcoin, said Michele Seghizzi, head of marketing and external relations at Banca Generali, adding that in terms of disposable wealth, the bank’s customers range from about $500,000 to about $10 million.

“Right now it’s just bitcoin,” Seghizzi said in an interview. “We decided to focus on the main digital currency that makes up most of the market and get all the security correct. They [Conio] are open to enlarging the service to other digital currencies in the future.”

Earlier this year, Conio provided a wallet integration with Italian challenger bank Hype, which allowed some 1.2 million mobile banking customers to buy, sell and store bitcoin from within their banking app, rather like Revolut in the U.K.

“What we are doing with Banca Generali is similar to Hype,” said Christian Miccoli, co-founder of Conio, “but on a much larger scale.”

The multisig solution involves each Banca Generali client being issued a private key that is stored on their phone, while the second and third keys are held by the bank and Conio, respectively. That way if the customer loses their key the funds can still be recovered, Miccoli said.

MassMutual, a large U.S. insurance group that recently bought $100 million in bitcoin, has caused rumblings about insurance firms in Europe also looking at crypto investing. So might Banca’s parent company, Generali Group, which controls about $625 billion in assets, be thinking along similar lines?

“You’d have to ask them that,” said Seghizzi.