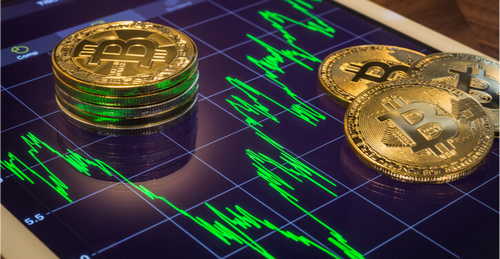 Bitcoin surpassed the $24,000 mark on Saturday afternoon as the leading cryptocurrency appears to be all set for new all-time highs in December

The leading cryptocurrency reached the $24,000 mark over the weekend as it continues its rally. This is the third time Bitcoin (BTC) is setting a new all-time high (ATH) this month after earlier surpassing the $20,000 and $22,000 levels.

The new record price level was achieved after the cryptocurrency surged past $23,000  two days ago after a 12% rise. The latest price increase means Bitcoin’s year-to-date percentage gains are up by more than 225%.

Some analysts like Kenetic Capital CEO, Jehan Chu, believe Bitcoin could be trading at $25,000 by the end of the year. According to Chu, the vast investments by institutional investors such as Guggenheim and Alan Howard justify Bitcoin’s current price.

BTC remains one of the most discussed topics on various media platforms. Mainstream audiences are paying attention to Bitcoin’s sustained rally, and it hasn’t gone unnoticed on social media. Tweets about Bitcoin and other cryptos are close to a three-year high as record prices attract attention.

In addition to high-volume tweeters on Bitcoin, the number of unique Twitter accounts talking about Bitcoin are also on the rise. Approximately, 50,000 users engaged in Bitcoin conversations on Wednesday, 16 December. This is the highest user engagement figure recorded since December 2017.

Bitcoin’s recent rally coincided with yet another institutional investor venturing into the crypto market. Business Standard reported that Christopher Wood, global head of equity strategy at investment firm Jefferies, reduced his exposure to Gold in favour of BTC.

This is the first time Wood is making such a move in years and has reduced his Gold investment from 50% to 45%. While the ace investor remains bullish on the yellow metal, he also intends to add more Bitcoin to the fund if the cryptocurrency’s price drops significantly.

Wood had stayed away from Bitcoin for years because of  the uncertainty surrounding the legal framework for crypto. However, he is looking for a dramatic cyclical recovery after the Covid-19 pandemic, and he believes that Bitcoin is one of the assets to consider.