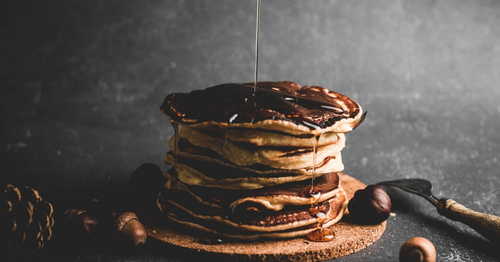 Loan terms are about to get a lot better in decentralized finance (DeFi), at least for some.

Maple Finance is a new firm out of Australia releasing a token-governed platform for institutional lending at extremely competitive collateralization terms and fixed rates that won’t change for borrowers in good standing.

The firm has closed a $1.3 million seed round for its MPL governance token with Framework Ventures, FTX, Aave founder Stani Kulechov, Synthetix founder Kain Warwick, FBG, The LAO and others.

With over $15 billion in total value locked in DeFi as of this writing, it’s either time for fixed-rate, under-collateralized lending or it’s overdue. Maple is targeting the companies with a track record in the space such as funds that engage in trading, market makers and crypto-mining firms looking to expand operations.

The typical loan in DeFi requires significant over-collateralization, with users needing to constantly check to make sure their collateralization is topped up as market conditions change.

On Maple, a good firm would pay one rate for the life of the loan, could collateralize with as little as 40% of the loan’s value and the initial collateral deposit would not need to be revisited.

“With ours, it’s a set-it-and-forget-it solution,” Joe Flanagan, Maple’s other co-founder, said. “As long as you remain a paying borrower and meeting your obligations there will be no further calls on your collateral.”

Maple is able to offer better terms based on the reputation of borrowers. It will make offers only to institutional customers.

That said, Flannagan noted, as this market matures and evolves, Maple would definitely be interested in serving crypto-native organizations, such as decentralized autonomous organizations (DAOs) that don’t have traditional legal structures. That “expands the addressable market for Maple,” he said.

Maple intends to be everywhere the industry goes. “We’re building a capital market in the crypto space,” Powell said.

Maple will be organized by pools, with each pool managed by a “Pool Delegate” who will make decisions about loans in that pool. Pools will specialize in certain areas where the delegate has expertise, such as a region of the world, a category of borrower or a risk profile.

Its first pool will be small, to demonstrate the model. It will have between $10 million and $15 million in funds available for lending, with loans in the $1 million to 2 million range. Maple will initially aim for a pool with a diverse array of borrowers, but all well-established and carefully selected.

One or two pools will be co-managed by Maple Finance and its first Pool Delegate, Orthogonal Trading, a crypto firm, also out of Australia, starting in the first quarter of 2021.

Maple Finance will be a DeFi platform like others, governed by its MPL token and offering opportunities for yield from anyone on Ethereum.

While it will be more cautious than other DeFi projects about who it makes loans to, providing liquidity to Maple will be open to anyone who wants to get in.

Once the first pool opens, it will be open to participation from across Ethereum up to the maximum amount that a pool ultimately sets. That capital will then be deployed to make the loans.

“We assume it will be a combination of both individuals and degens and institutions and corporates,” Flanagan said.

Additionally, those liquidity providers will earn MPL tokens under a liquidity mining scheme whose precise terms have not yet been worked out.

The total supply of MPL tokens will be fixed at 10 million, with approximately 30% going to liquidity mining.

MPL governs the network and earns a modest return from its fees. MPL holders have the opportunity to increase their returns by staking but will also bear the brunt of losses in the pool if a borrower defaults.

“Our intent is not for the token to be considered a security,” Powell said, noting that they are taking advice on legal matters. There are no plans currently to shut out U.S. residents from holding the MPL token.

While Maple’s offering is likely to be attractive to traders in the space, it will be particularly interesting to see if bitcoin miners take advantage of it. “We would be interested in financing miners for their capital expenditures to expand their operations,” Powell said.

If that happens, that will be an early example of value moving about in blockchain-verified bits that has funded the acquisition of equipment built out of atoms in the analog world, which seems like a milestone on the way to somewhere.