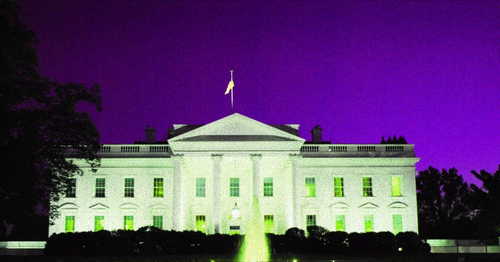 As 2020 comes to a close, it is a good time to review the regulatory landscape for crypto assets in the U.S. and provide suggestions to the incoming Joe Biden administration that will be arriving in January 2021. Our advice would be to emphasize clarity, consistency and more collaboration across regulatory agencies.

The biggest impact on crypto policy in the U.S. during the next four years will come from federal agencies – and the regulators staffing them – that are responsible for overseeing our financial system. As with all administration transitions, key appointments to prominent roles in agencies such as the Securities and Exchange Commission (SEC) and Commodity Futures Trading Commission (CFTC) are expected to be made in the upcoming months. The CFTC’s head, Heath Tarbert, announced last week that he is leaving early next year, for instance.

Crypto’s speed of innovation continues to outpace regulatory adoption and/or adaption. Hence, flexible, principles-based regulation, such as the approach taken by the CFTC, would create less friction at the intersection of innovation and technology. Regulators walk a tightrope between balancing the need to protect retail inventors as well as the integrity of markets while simultaneously trying to foster innovation and business growth, especially for startups.

We have not received substantial additional clarity from the SEC following its publication of its Framework for Digital Assets (April 2019) which has left many unanswered questions and raised new ones. For example, we are not clear on who or what is, or is not, an “Active Participant,” and how one applies the Howey Test to the decentralized protocols.

Many crypto lawyers have expressed concerns about the Howey Test prong of the “efforts of others” as applicable to decentralized finance (DeFi) protocols. This prong refers to a purchaser’s reasonable expectations of profits. Specific concerns relate to the cash flows (“dividends”) from staking and the voting rights of governance tokens, both characteristics that enhance the likelihood of turning the token into a security. The latter has made venture capitalists (VC) more reluctant to fully utilize their voting rights.

While the SEC has made enforcement actions and issued at least three no-action letters, these have not provided insight into some of the most common project structures that are prominent today. For example, the results of both Telegram and Kik cases did not answer the big question of when a token would be considered a security.

Furthermore, cases involving PocketFul of Quarters and Vcoin offered only the narrowest pathway for a token to not be considered a security. Therefore, projects and their legal counsels have neither clarity nor consistency as to when a project would be considered “sufficiently” decentralized (or even whether Director William Hinman’s speech is to be considered good guidance).

The guidance provided by the SEC is especially hard to implement in an industry where projects have enormous variation in structure and design. Commissioner Hester Peirce proposed a Safe Harbor and engaged with many attorneys, including ourselves, on ways in which to modify their prior guidance and other regulations, including regulations related to capital formation (e.g. Reg A+), intermediaries like transfer agents and exchanges. These proposals may be subject to some critique. But we believe they should not be abandoned, as they provide  a workable securities law framework and the basis for resolving uncertainty in the U.S.

Custody is a key issue for the continued development of digital assets for both institutional and retail investors. It remains unclear how existing custody rules are applicable to digital assets. The recent letter from Rep. Tom Emmer (R-Minn.) and others to SEC Chairman Jay Clayton emphasized the need for the SEC and FINRA to issue further guidance regarding the custody of digital assets.

Turning to securities on the blockchain, the SEC and FINRA are making slow progress on approvals of Alternative Trading Systems (ATS) that are necessary to trade security tokens. Accelerating the adoption of ATS will encourage innovation of all types of securities on the blockchain and potentially move traditional securities to blockchain. This would enhance investor protection and potentially address critical governance and voting issues wherein the number of shares owned and the timing of the ownership are difficult to ascertain as we saw in both the Del Monte and Dell cases.

Given the complexity of the regulatory framework in the U.S., the incoming administration should have a unified strategic approach that is clear, consistent and collaborative.

Another prominent issue is the approval of exchange-traded funds (ETFs), which are a type of investment funds and exchange products traded on stock exchanges. The industry hopes to put crypto-denominated ETFs on a similar trajectory to gold ETFs, which were first listed in 2003 and now have a market value of $132 billion.

As demonstrated by the demand for Grayscale offerings trading in the secondary markets, retail customers are seeking to invest in SEC-approved products. Additionally, improved liquidity and open interest on the CME, a CFTC regulated exchange, should help assuage the SEC’s concerns relating to pricing transparency. A  key focus of the new administration should be to encourage renewed engagement by the SEC and CFTC with the industry and the institutional participants which will likely have a significant influence on the development of retail markets going forward. [Grayscale is a sister company to CoinDesk.]

It would be helpful if there was more transparency from the SEC’s informal guidance from many of the closed door meetings so that the industry could gain a greater insight and benefit.

We applaud the recent announcement that the FinTech Hub, led by Valerie A. Szczepanik, was advanced to a stand alone division reporting directly to the Chairman. This may further the SEC’s open-door policy of engaging in discussions with the community and projects.

It is clear the two main cryptocurrencies, bitcoin and ether, are commodities, according to the CFTC. CFTC guidance to futures commission merchants on custodying crypto creates opportunities for new entrants, as well as established members of clearing houses, to engage in crypto, and enable  exchanges to develop new listed products such as lending and swaps.

There was a misunderstanding by many marketplace participants regarding the timing of the implementation date of the final interpretive guidance about what constitutes “actual delivery” of virtual currencies.  The interpretation was approved on March 24, 2020, but COVID-19 delayed both the listing in the Federal Register and the subsequent adoption by some exchanges. This caused some confusion regarding Coinbase’s short time fuse for the implementation of the rule, which contributed to a quick sell-off in crypto assets.

The joint action by the CFTC and Department of Justice (DOJ) against BitMEX to enforce regulations and particularly the Bank Secrecy Act raised the ante for exchanges. The chairman has been clear to emphasize that crypto exchanges are subject to all federal regulations while having stated the CFTC will “continue to do its part to encourage responsible fintech innovation through sound regulation.”

The DeFi “experiment” has neither clarity nor consistency and little transparency in guidance and enforcement while continuing to raise red flags for multiple agencies. As Commissioner Hester Peirce stated during her recent talk at the LA Blockchain Summit, DeFi projects are posing a challenge to the SEC similar to the initial coin offering (ICO) boom of the 2017, while also presenting more difficult legal issues for the regulators to solve. It is ironic companies that pursue regulatory approval for products and markets are waiting endlessly for an unified direction and approval from the agencies while many DeFI projects proceed without regulatory clarity until some date in the future when another DAO-type report will be forthcoming.

Legal concerns in DeFi are focused on token launches, swaps, exploits or hacks of protocols, smart contract bugs, airdrops and the applicability of proxy rules. The regulatory agencies should be concerned about the potential of systemic risk from leverage in yield farming/lending. The SEC should review governance tokens when rights begin to mirror those in centralized finance (CeFi).

Cautious VCs are still reluctant to exercise their voting rights for fear it may lead to the determination the project is more centralized. We still do not have clarity as to what exactly are the measures to determine the moment(s) in time when a protocol is sufficiently decentralized and importantly when it might morph back to centralized. DeFi’s almost total lack of know-your-customer/anti-money laundering (KYC/AML) in projects and exchanges also raises questions as to how blockchain technologies can remain integrated with the wider crypto space, which is facing more stringent global Financial Action Task Force (FATF) rules.

The U.S. Treasury Dept. has a portfolio of agencies with crypto nexus that have been neither clear nor consistent. On one hand, we have the recent speculations about moves by Treasury Secretary Steve Mnunchin regarding restriction on hosted wallets; on the other hand, we have Office of the Comptroller of the Currency (OCC) Acting Chairman Brian Brooks putting forth progressive rules for the banking sector and digital assets. The OCC interpretive letter stated that national banks and federal savings associations have the authority to provide custody services for customers with respect to cryptocurrency and other digital assets.

A clear and consistent policy regarding digital assets would inform the direction of regulation while also being supportive of innovation. An approach that is proactive with respect to new products/markets that want the imprimatur of being regulated under U.S. law would show global leadership and indicate an awareness of competition with other countries.

If the United States wants to be the foremost hub of cryptocurrency innovation it has to have regulation that balances the demands of adoption while considering U.S. values and foreign policy interests. Given the complexity of the regulatory framework in the U.S., the incoming administration should have a unified strategic approach that is clear, consistent and collaborative throughout the federal agencies.