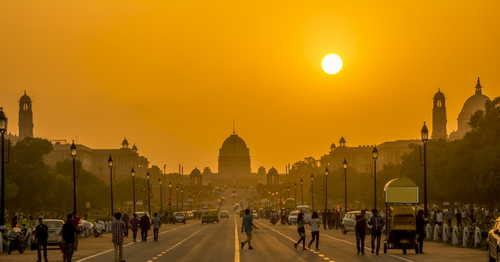 A surge in e-commerce and declining cash usage during the COVID-19 pandemic have boosted India’s state-led shared payments infrastructure.

According to the National Payments Corporation of India (NPCI), the nation will have processed over $425 billion in commerce by the end of this year. Emboldened by growth and eyeing expansion, the United Payments Interface’s (UPI) umbrella organization is  thinking about exporting the model to other countries.

Developed under state guidance and regulated by the country’s central bank, the Reserve Bank of India, the payments interface began as part of the larger India Stack project, which pooled application programming interfaces (APIs) that could be used by public and private actors to build digital infrastructure.

While UPI is one of the prominent applications of the stack, other services include a unique biometric ID system, known as Aadhar, and electronic document storage.

UPI enables both digital payments and peer-to-peer transfers for 200 banks that are part of the network, and for payment processors such as GooglePay. Put simply, UPI resembles a personal digital wallet that can be used to access and move around money from bank accounts. E-commerce platforms like Amazon and Flipkart have both integrated UPI, allowing residents to pay for goods directly using the platform.

This interoperability is a key part of the pitch being made by the National Payments Corporation of India, the umbrella rule-making body for UPI, in favor of exporting the payments model.

“We have started engaging with people overseas and the response has been very positive,” said Ritesh Shukla, CEO of NPCI’s international expansion subsidiary, speaking at a recent tech summit organized by Carnegie India and co-hosted by India’s Ministry of External Affairs. He added that the organization hopes to create an international product similar to UPI over the next couple of years.

While Shukla didn’t name any countries involved in the discussions, Bhutan launched a debit card tied to a similar network last month.

According to Shukla, NPCI’s approach to the export is likely to be two-pronged: It would help countries that do not have an existing payments system to build one, while for countries that already have some form of existing payments network NPCI would help them upgrade it until it more closely resembles the UPI with respect to inter-bank operability.

“You talked earlier about whether there will ever be another M-Pesa in Kenya, and this to me has the potential,” said Victor Malu, head of future financial systems at FSD Kenya, during the conference.

M-Pesa was rolled out in 2007 by Kenyan telecom provider Safaricom and offered people an alternate way to transfer money using text messages. Seen as one of the earlier steps towards financial inclusion through digitisation, M-Pesa is similar to Venmo but doesn’t require a bank account.

M-Pesa has about 24.5 million users in Kenya alone. But at the same time services like M-Pesa, and even bank accounts, are company-specific and can present hurdles when a user wants to move money from, for instance, a mobile account to bank account.

But before UPI can go abroad, some problems need to be sorted out. As the volume of digital payments jumped in India under COVID-19 restrictions, the network’s servers also began to feel the heat. According to NPCI data, the State Bank of India (SBI), which processes the largest chunk of UPI transactions, had a failure rate of 5.31% for the 510 million transactions it processed in September. These failures were due to technical issues.

Keeping UPI going when activity spikes also requires Indian banks to upgrade their back-end infrastructure. The UPI system gives banks little incentive to invest in improving the system because they don’t earn anything from the mostly small-ticket expenditures made using the service.

In the absence of architecture to reliably process transactions and the missing economic incentive for banks to build one, the payment network could run into adoption hurdles. If unresolved, these issues could also make it harder for the NPCI to export the network.