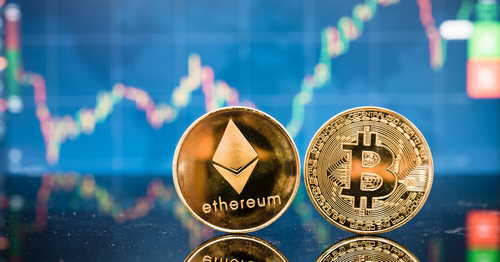 In Raoul Pal’s opinion, Ethereum will have a significantly greater market capitalisation than Bitcoin within the next decade. A former hedge fund manager, Raoul Pal is the co-founder and chief executive of the Real Vision group. He is also an investment strategist at the Global Macro Investor.

According to Coinmarketcap, Ethereum has a current market capital of $62 billion. This represents 18% of Bitcoin’s market cap that is crossing $333 billion at the time of writing. If Pal’s prediction is anything to go by then Ethereum has a long way to go as its valuation is only a fifth of Bitcoin’s.

Through a series of tweets, Pal highlighted several reasons to back up his bold statement. He drew a comparison between the sizes of the cryptocurrencies and traditional markets like derivatives.

Ethereum stood out as bullish with a possibility that it could have a whole economy running on it in the future.

“My hunch is BTC is a perfect collateral layer but ETH might be bigger in market cap terms in 10 years for the reasons above”, he wrote.

It is hard to think that Ethereum can really surpass Bitcoin but that doesn’t mean the odds of it happening are zero. Surprises and long shots are not unheard of in the crypto space. Bitcoin is in a correction phase at the moment after climbing to new highs at the end of November. It is currently trading at $17,850.

Ethereum, which is trading at $545, is equally volatile. The Ethereum network, however, has an edge over Bitcoin’s blockchain. The network allows tokenisation of assets from stablecoins and even non-fungible gaming tokens. This makes it a crucial element even in the future financial landscape.

There’s also the case of the emergent decentralised finance that has taken the financial landscape by a storm. DeFi is still largely based on Ethereum despite the entry of rising blockchains like Binance Smart Chain and Polkadot. None of these upcoming blockchain platforms are currently close to dethroning Ethereum. The advancement of DeFi means the growth of Ethereum.