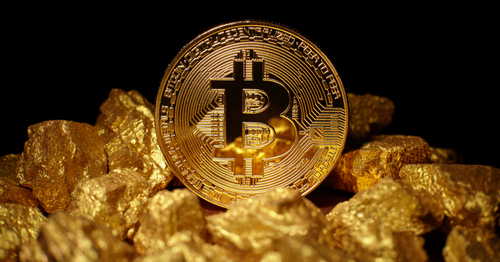 According to recent research, investors are withdrawing funds from gold investments and directing them into the crypto sector

CoinShares’ Digital Asset Fund Flows report from this week, indicates that a large volume of investments are flowing from the gold market and into crypto. According to data from the ETF provider, Bitcoin and Ethereum stock traded products accrued $429 million in the last week alone. The company explained that only once has there been a more significant crypto investment product inflow than the one seen last week.

The company currently has a record $15 billion worth of total assets under management. The report brings Ethereum, which stuck out last week, to the fore. The crypto had inflows of $87 million, translating to about 20% of the total inflows.

The report closely evaluated investment inflows from gold to Bitcoin, claiming that, “Gold has suffered with outflows from investment products of a record US$9.2bn over the last four weeks while Bitcoin saw inflows totalling US$1.4bn.”

Year to date figures shows Gold has only gained 22% compared to Bitcoin’s 150% jump since the beginning of 2020. Ethereum may not be in this picture but it has done well in the same period. At a 320% upswing from $130 in January to around $550 at the moment, it has even outperformed Bitcoin.

Regarding the impressive Ethereum figures, CoinShares explains, “This suggests that investors are favouring Ethereum, likely due to greater clarity from the Ethereum management team on the much-awaited Eth2 upgrades that make the network much more efficient and sustainable.”

It is important to note that these figures have come at a time when the US dollar is performing poorly.

Crypto markets seem to be on a correction path that kicked off at the beginning of the month when the total market cap reached a high of $591 billion. The markets have retreated about 7% in the last few days to $548 billion.