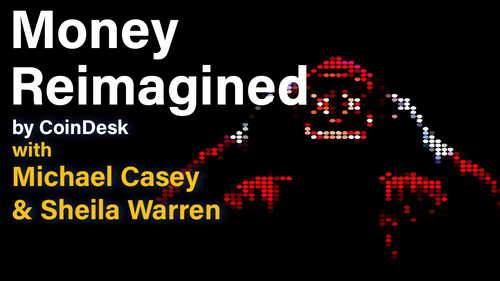 Join Michael Casey and Sheila Warren as they speak with tech ethnographer Tricia Wang and metaMe CEO Dele Atanda, as they dig into social media privacy and the value of personal data.

For the first time since the “Internet 2.0” era began at the turn of the millennium, the dominant social media, search and e-commerce platforms are facing existential challenges. The disruption could come from legal efforts as anti-monopoly lawsuits evolve in both the U.S. and Europe. Or it could come via some nascent alternatives to the platforms’ centralized model, including from blockchain-inspired startups.

Wang, who joined us on this week’s episode of the “Money Reimagined” podcast, says these responses won’t lead to a meaningful alternative until we gain a better appreciation of the role data plays in our internet interactions. Data, she says, “is not just information. Data is relationships.”

The algorithms of Google, Facebook, Amazon and others place the greatest value not in static, simple information points like your name, address and income, but data that reveals your relationships with other people. That matters, Wang says, because the story of those connections is equally important to humans because it is our connections to others that describe who we are.

The imbalance is not just that ad dollars flow to Facebook and Google rather than to the users who generate the content and build the audiences the platforms and their advertisers monetize. It’s that, as detailed in Shoshana Zuboff’s “The Age of Surveillance Capitalism”, we are trapped in an ever-tightening feedback loop in which these companies use our data to modify our behavior. There’s a scary Matrix-like aspect to all this.

It’s why the other guest on this week’s podcast, metaMe CEO Dele Atanda, views his company’s work building a more decentralized, blockchain-powered data marketplace as an exercise in protecting people’s human rights, nicely addressing the problem of social media privacy. Creating that marketplace and figuring out a meaningful expression of the value of people’s data is how we will ultimately restore agency over our digital lives, he says.

“We need to create a unit of account that we can measure – not just on the basis of size [as bytes] but on the basis of sensitivity, identifiability. These issues are central to how this information can be used to help or harm us,” he said.

Also important, Atanda says, is the governance structure of the database storing the information, which speaks to the role to be played by blockchain. The more “permissionless” and decentralized the architecture behind the data marketplace, the more confident individuals can be that the rights to their data are protected.

All of this seems pertinent in a week in which society was once again found vulnerable to data failures at centralized systems.