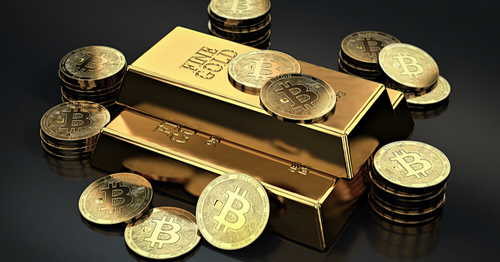 Schiff recently posted on Twitter in response to reports of several public companies leaving gold and shifting their interest in crypto assets. He labelled one report as a marketing ‘gimmick’ to get more institutions on board the Bitcoin train. He added that only a handful of companies were interested in purchasing BTC and were not using gold. Instead, they used other assets to complete the trade.

“The latest #Bitcoin marketing gimmick is that lots of private and public companies are trading in their #gold and accumulating BTC as their preferred store of value. Those few companies that are buying Bitcoin did not do so by selling their gold. Bitcoin is not the new gold”, Schiff wrote.

At the beginning of the month, Schiff took a dig at cryptocurrency investment and asset management firm Grayscale. He accused the investment firm of stimulating the “Bitcoin bubble” via its Bitcoin Trust fund. Schiff also pointed the finger at the TV network CNBC. He claimed that the network’s coverage of cryptocurrencies involved several ads that urged investors to consider BTC. He additionally said that the network only brought guests that are BTC proponents on air.

On Sunday, Schiff imputed blame to Michael Saylor following his decision to announce the purchase of $650 million in BTC.

“Since @michael_saylor made the mistake of publicly announcing his $650 million BTC buy in advance, traders can buy first, pushing up the price of #Bitcoin now so they can sell later at a higher price, potentially leaving MicroStrategy shareholders as the ultimate bagholders.”