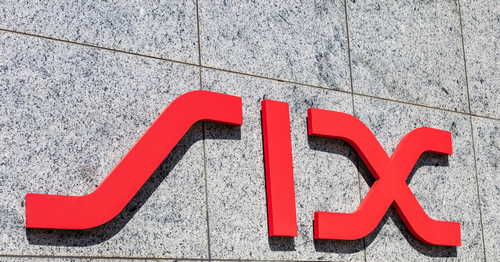 It’s been a busy couple of weeks for Switzerland’s digital asset exchange, SDX.

This week, SDX took a stake in crypto custody solution Custodigit with a view to building a “digital asset gateway” in Switzerland. Also this week, SDX said it is partnering with crypto-friendly Japanese bank SBI to build a digital asset exchange in Singapore by 2022.

This latter announcement was trumped to some degree by DBS Bank announcing its digital asset exchange, part-owned by Singapore’s stock exchange SGX, which will start trading next week.

Asked if each respective exchange’s plans meant a sort of jurisdictional rivalry was ramping up over digital assets, Tim Grant, head of SDX, was philosophical.

“I would say the adversarial, shareholder primacy model that really goes back to the Friedman economics of the 1970s and 1980s has really gone in the 21st century,” Grant said in an interview. “We think about collaborating as a key way to keep the industry competitive as we grow the pie for digital assets.”

Rivalry might not be the right word. Some might say we are seeing the strengthening of a crypto daisy chain connecting Switzerland and Singapore.

It tends to be the usual suspects joining hands when it comes to banking, custody and trading of crypto. Swiss-regulated crypto banks like Sygnum, which is part of Custodigit, also have a strong foothold in Singapore. Similarly, FINMA-licensed SEBA Bank has already been onboarded as a market maker for the new DBS Digital Exchange.

(It’s interesting to note that Custodigit, which SDX is backing alongside Swisscom and Sygnum, was originally partnered with Deutsche Börse in Switzerland; the German exchange quietly departed the group about a year ago to pursue digital interests in its home jurisdiction.)

“Singapore and Switzerland have very similar characteristics,” said SDX’s Grant. “They each have very progressive central banks and regulatory regimes, and a progressive kind of political regime where they really support digital assets,” adding:

“I can imagine you’ll see us in other jurisdictions as we move forward. But Singapore was the obvious next step for us. We have a dialogue with DBS and all the big banks there and also the Monetary Authority of Singapore.”

Stepping back, the trepidation of a few years ago has been replaced with a strong demand for crypto from small to medium-sized banks and wealth managers, particularly in places like Switzerland and Singapore, Grant said. The Custodigit gateway is a response to this, he added, and also a way to bring in SDX’s investment in Omniex, which allows asset managers to access crypto exchanges.

The big picture is a steady institutional creep, said Grant, gathering pace in jurisdictions that have embraced the technology and also implemented the right sort of regulatory regimes.

“For me, the distinction between public and private, crypto and non-crypto is fast going away,” he said. “We are really starting to see this convergence happen now.”

Something else Switzerland and Singapore have in common is an avid exploration of CBDCs.

SIX’s recent CBDC proof-of-concept, dubbed Project Helvetia, showed that work still needs to be done. The project explored the technological and legal feasibility of issuing a wholesale CBDC on a distributed ledger (R3’s Corda) and linking the digital asset platform to the existing wholesale payment system.

Wholesale central bank money refers to the way banks and financial institutions pay for large securities trades and the like, as opposed to retail CBDC, which could one day be issued to individuals in place of physical cash.

Despite COVID-19 accelerating the case for retail CBDC, Grant said wholesale CBDCs are “more tractable,” adding that retail digital currencies are fraught with societal challenges, not least around the privacy of users. “Arguably we’re going to be able to generate impact sooner in the wholesale markets. We can see the pathway to wholesale CBDC a little clearer.”

David Rutter, CEO of R3, said the SIX trial was an important step in the evolution of CBDCs extending into 2021.

“It will become clear that it isn’t a race, it’s about getting it right,” Rutter said in an email.

Looking ahead, the hope was for SDX’s go-live date to be in Q2 2021, but Grant said the target is currently for end of 2021, early 2022, conditional on a number of regulatory factors and requirements. In the meantime, the exchange will continue partnering up and engaging in multiple cross-border initiatives.

“I doubt central bank currency will be issued in 2021, but that doesn’t stop us moving forward with SIX commercial money for the payment leg of the transactions that we will be facilitating,” he said.

“We are excited to be in a jurisdiction like Switzerland, where everything is reasonably integrated,” he said. “But we’re not going to be as impactful as we know we can be, if we don’t engage with the Eurozone, which is clearly right in our backyard.”