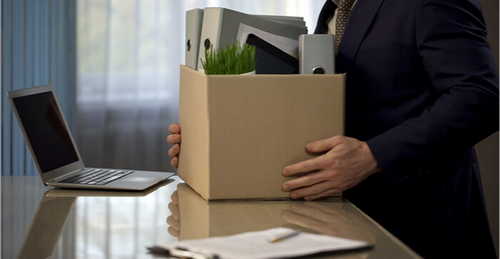 Jay Clayton, the Chairman of the Securities and Exchange Commission (SEC), has officially stepped down from office

Clayton’s departure was a surprise to many although it was bound to happen sooner or later. He announced in a public statement that yesterday would be his last day in office as the Chairman of the commission. He attached the resignation letter he had addressed to President Donald Trump in his statement.

The outgoing SEC chairman has stepped down ahead of the scheduled end to his tenure in June 2021. Clayton had previously made it clear in November that he would vacate the office at the end of the year although he did not specify an exact date at that time. He took charge of the commission back in May 2017.

Clayton has stepped down from his role at a time when his office is initiating legal proceedings against the FinTech firm Ripple. The commission accused Ripple and two company executives of offering unregistered securities worth more than $1 billion. His office levelled charges against Ripple saying XRP is a security–a position that the company strongly denies.

The lawsuit will be remembered as Clayton’s final act in the cryptoverse. His office confirmed it had filed charges at the federal district court in Manhattan. The commission also added that the company distributed its native token for ‘labour and market-making services’. According to the allegations, the two executives did not register their personal XRP sales valued at about $600 million.

Footprints in the crypto space

The attorney will be remembered for steering the commission through 2017’s initial coin offering (ICO) market. During this ICO boom, the market swelled by almost 100x between the first and fourth quarters.

Crunchbase reported that only seven ICOs existed in Q1 of that year raising around $28 million. However, by the end of Q2, the figures had risen to 25 and $402 million respectively. A staggering $4.9 billion had been raised through initial coin offerings as of Q4. The growth sent shockwaves in the crypto sector and attracted the attention of the SEC.

Regarding his role in the ICO boom, the commission said, “Under Chairman Clayton’s leadership the agency acted quickly and decisively to combat fraud and pave the way for innovation”.

In his tenure, the commission also rejected every application for a crypto exchange-traded fund (ETF). Nonetheless, he leaves office on a high note at the end of a year that has been difficult.