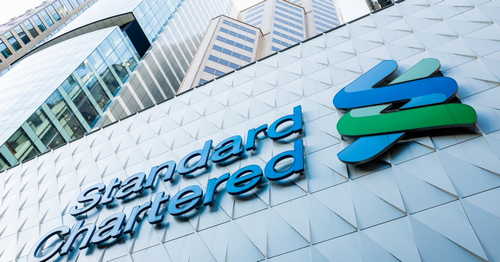 London’s Standard Chartered bank has gathered a group of crypto exchanges for a new digital asset trading platform tailored to the institutional market, according to two sources familiar with the plan.

Standard Chartered and the other firms named in the group all declined to comment.

“Standard Chartered plus five of the biggest traders in digital assets and four exchanges are about to get this new model started,” said the source. “I think the first test trade will be next month and I’d say it’ll end up involving the 10 biggest exchanges in digital.”

A settlement token used in Standard Chartered’s crypto trading platform will be based on the Ethereum ERC-20 standard, the source added.

“A lot of people were pushing to use Hyperledger, Corda, but we have specifically gone for something the native crypto community are comfortable with,” the source said.

The system will create an institution-focused equivalent of Silvergate Bank’s exchange network (SEN), the source added.

“We are building our own token of fiat collateral and hoping that will become the equivalent of Tether, except that the tokenized collateral or money will be held in the trading bank account of a proper bank, like a Standard Chartered, a JPMorgan, a Deutsche Bank,” they said.

Standard Chartered’s innovation arm, SC Ventures, was reported to be working on an institutional crypto custody project back in the summer. The bank is involved in multiple projects touching on crypto including an anti-money laundering (AML) solution. Speaking at a virtual event Monday, Standard Chartered CEO Bill Winters teased that an announcement was in the works.

“Standard Chartered has been working on this for a long time and is jointly working with other giants in the crypto space,” a second source involved in the build told CoinDesk. “This is extremely serious and not some proof of concept. They have passed all the checks and compliance and are bringing in some exciting names.”