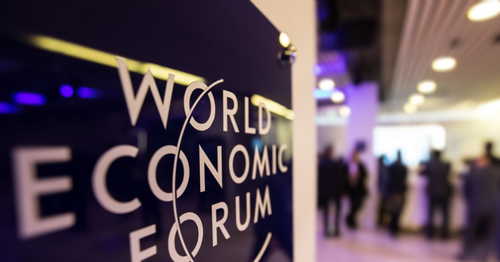 The World Economic Forum (WEF) is designing a global governance framework for the ethical collection and sharing of data, the organization announced Tuesday.

WEF’s Data for Common Purpose Initiative (DCPI) is the first of its kind and aims to “responsibly enhance the societal benefit from data” by creating guidelines to ensure governments and researchers can more readily rely on data for making decisions that benefit the public, especially in crises like the COVID-19 pandemic, according to the announcement.

Sheila Warren, head of Data, Blockchain and Digital Assets at WEF, told CoinDesk that having siloed, or isolated, data led to a delay in humanity’s ability to respond to the pandemic with the necessary speed and agility.

The DCPI hopes to refocus data policy and models towards a range of “common purposes” like public health, environmental protection and disaster management, while ensuring people’s personal data cannot be used for non-permissioned purposes.

The project already has the support of 10 governments and over 50 global partners, the announcement said, including consulting firm PricewaterhouseCoopers (PwC) and blockchain platforms such as Elastos.

A number of pilot projects have launched in Japan, Colombia and India, Warren said, though it’s important to note that WEF focuses on policy pilots as opposed to traditional tech proof-of-concept.

One goal of the initiative is to enable differentiated permissioning of the same data for varied purposes. This means people would be able to set permissions around how their data can be used.

For instance, the initiative asks you to imagine a world where devices collect your vitals and medical information but you could set permissions for how that data is used in research or testing related to COVID-19, cancer, dementia and more, or get paid if someone wants to use your data for market research.

According to the initiative, user data will “automatically be encrypted, anonymized and transmitted along with digital rights management rules to ensure that the data cannot be used for other purposes,” likening personal data sharing to the controlled sharing of music.

Warren said people should be able to make a choice about what happens with their data beyond the yes-or-no choice that is available now.

“I don’t think the general tenor is that all data should be approved by each individual. I think the idea is that we should create a system in which that is possible,” Warren said.

The role of blockchain

According to the WEF announcement, the prioritization of data protection and privacy by institutions over constructive data sharing has led to the failure of harnessing the full value of data as well as the “rapid fragmentation of data governance policies.”

“I think that there are a lot of ways to protect privacy and also share data,” Warren said, adding that whether it is a question of data sharing, access or encryption, blockchain can help.

DCPI partner, the Elastos Foundation, is developing a collection of open-source software to build a free and decentralized internet.

“We can take some of these discussions on data marketplaces, data exchange, global accessibility … and we can implement that into the software that we’re developing,” Bullers said.

Blockchain also has a role to play in data protection by providing a new way to think about permissioning, Warren added. According to Bullers, Elastos is building a specific profile for each individual where they can house data privately and control the “inbound-outbound” of their data.

“You’re already giving up a lot of your information to these large corporations, or these siloed enterprises where they’re storing it on their own servers, and they have complete control and you’re okay with that. But what we’re really trying to do is to flip that and make it so that the individual or those who want to control their own data can do that,” Bullers said.

But Bullers added that blockchain can only address small parts of the larger problem around data governance.

“Blockchains do not solve all the problems of the internet,” Zach Warsavage, public relations director at Elastos told CoinDesk.

Blockchains are public and are “terribly inefficient” at storing large amounts of data, he said, so other technologies would be needed to assist any blockchain base.

According to Warren, the DCPI will leverage the global network and prestige of the WEF to create momentum for the multi-year program, and there are two pilot programs already in motion.

The Centre for the Fourth Industrial Revolution Colombia is working with the city of Medellin to develop a government-led data marketplace to connect data contributors and consumers, the WEF announcement said.

In Norway, WEF’s Centre for the Fourth Industrial Revolution Ocean is working with partners in conservation and government to improve the environmental footprint of ocean industries by combating emissions, plastic waste and overfishing.

“The Data for Common Purpose Initiative gives us a solid platform to work from, both in developing content but not the least to engage with ambitious partners from all sectors,” Bjørn Tore Markussen, chief executive at Centre for the Fourth Industrial Revolution in Norway, said in the WEF announcement.

Two more pilots are in the works in Japan and India, Warren said. The WEF is working with the government of Japan and the private sector to explore data exchanges to address problems ranging from public health to disaster prevention and traffic safety. In India, the initiative is looking to address data sharing around agriculture.