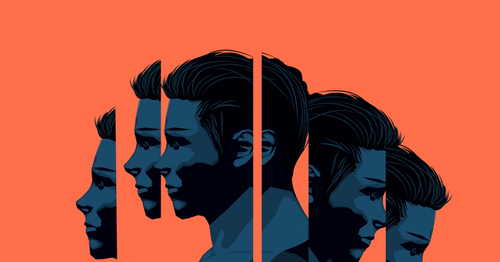 The money we use is changing fast, much faster than we recognize. With the convergence of various exponentially accelerating technologies, such as encryption and distributed ledgers, the imminent future of money is digital, direct and democratic.

This winter, bitcoin is once again on a dramatic bull run. At the 2022 Winter Olympics, China will wow the world with its digital yuan used by millions of visiors at Beijing restaurants, hotels and stadiums.

The question between now and then for the world’s democracies, especially the United States, is how does a free society formulate the future of money? Who decides, and how are the decisions made? Right now the gap between U.S. policymakers and the citizenry is wide and unpromising.

If there was any doubt about the division, look no further than the recent U.S. Treasury Dept. proposal about applying know-your-customer (KYC) requirements to private cryptocurrency wallets. As it stands, the new rule would impose government surveillance on transactions by people who store cryptocurrency in their own electronic wallets (rather than using a professional service).

There’s a lot that’s wrong with this idea, but it’s important to take in the whole picture of what led us here, and why it’s urgent to find the right path forward.

The early internet made access to information direct, instantaneous and inexpensive. Today, the internet is promising a future for money that is faster, cheaper and more inclusive. Money has always been as much a social construct as it is a government-supported public good. Now it’s undergoing a phase of profound change led by privately developed currencies called stablecoins that are challenging archaic electronic messaging systems, lowering transaction costs and speeding up global payments and foreign exchange.

Governments are hurrying to catch up. Most of the world’s central banks are now experimenting with some form of central bank digital currency. They are driven by a range of motives from self-strengthening their economies, gaining global influence, widening financial inclusion, sharpening monetary policy tools, performing law enforcement and corralling the enormous amount of personal and transaction data generated by national currency networks.

Last summer I told the Senate Banking Committee that the United States has an ace to play in the movement towards digital money: privacy rights. With traditional American ideals of economic freedom, sound legal and jurisprudential development of constitutional rights of privacy and thoughtful design choices around anonymity, U.S. digital money could well enjoy superior privacy rights over many competing instruments, commercial or state-run. This especially would be the case when compared to digital instruments of non-democracies, which may well be used as an instrument of state surveillance. As it has done before, the U.S. has the opportunity to lead with its finest ideals.

The Treasury’s proposal, however, makes me a lot less sure. The decision to impose KYC rules on private wallet holders is premised on the flawed assumption that all such independent cryptocurrency dealings are inherently illegitimate and undeserving of personal privacy, even if conducted for lawful purposes, as most are. It also ignores the fact that the major cryptocurrencies are structurally more transparent than bank transactions. Worst of all, the proposal grudgingly gives the public 15 days over Christmas and New Year’s to respond, which it argues is a courtesy not required by law.

Many feel the Treasury proposal will thwart further U.S. development of transformational financial services in favor of venerable, accounts-based banking. Such hostility to cryptocurrency innovation coming at the eleventh hour of the outgoing administration is bewildering compared to the boldness three years ago in supporting development of the world’s first, regulated crypto futures market for bitcoin.

Treasury’s 15-day Christmas comment period deprives a wide range of citizens the opportunity to consider and suggest a workable balance between individual rights of privacy and responsible law enforcement. The short window mirrors the broad divide between the private sector’s energy and inventiveness in financial and money innovation compared to the U.S. government’s caution, skepticism and preference for the status quo.

A free society deserves better than to explore the future of money in a truncated, year-end comment period. The Treasury Dept. should extend it. Ultimately, Congress must step up and balance the competing interests of state surveillance and law enforcement versus the economic privacy rights of a sovereign people. Congress is long overdue in shaping a constructive regulatory framework for cryptocurrency. Without it, we are squandering our chance to shape a digital future of money that’s worthy of the world’s oldest democracy.