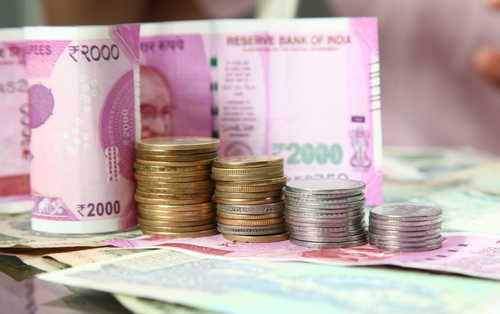 The Indian government is considering a bitcoin transaction tax that would add $1 billion in revenue a year, a move some industry participants said is a sign of the government’s growing comfort with cryptocurrencies.

A proposal put forward to the Central Board of Indirect Taxes & Customs (CBIC) by the Central Economic Intelligence Bureau (CEIB) would categorize bitcoin as an intangible asset and impose an 18% goods and services (GST) tax on bitcoin transactions, according to The Times of India. The proposal also suggests treating bitcoin as current assets and charging GST on margins made in trading.

Prominent India-based crypto exchanges say a potential tax structure would bode well for the ecosystem. “Government mulling a tax structure is a sign of better understanding of this novel asset class and we are hopeful that this would lead to more positive news going forward,” Sumit Gupta, CEO of Mumbai-based crypto exchange CoinDCX said in a WhatsApp chat. “Regarding the tax rate, and structure is something that we’ll wait and watch, but this is definitely a positive sign.”

Nischal Shetty, CEO of the Binance-owned WazirX exchange, echoed similar sentiments and added that clarity on the tax front could pave the way for increased Indian institutional participation in the bitcoin market. WazirX and Bangalore-based exchange Bitbns said that they are already paying GST on trading fees. “The GST amount paid has grown 500% in the last few months,” Gaurav Dahake, founder and CEO of Bangalore-based exchange Bitbns, told CoinDesk.

Trading volumes on exchanges catering to India-based clients have been rising ever since the Supreme Court quashed the Reserve Bank of India’s (central bank) banking ban on cryptocurrencies in March. While the Indian government does not consider bitcoin legal tender, simply holding cryptocurrencies is not illegal or banned.