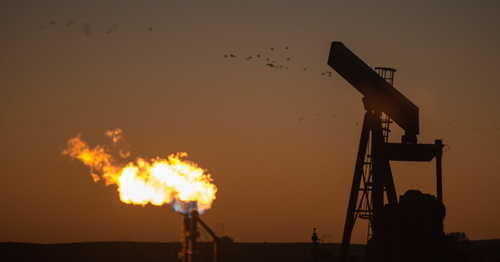 Gazpromneft, the oil subsidiary of Russia’s natural gas giant Gazprom, is getting into a different kind of exploration.

The company opened a venue for cryptocurrency mining on one of its oil drilling sites in Siberia, unlocking the power of Russia’s oil and gas resources for the needs of bitcoin mining.

Gazprom, a company that counts the Russian government as a shareholder, is the country’s gas monopolist and world’s 10th biggest oil producer. The company has been spearheading several mega-projects of cross-border gas pipelines like the Nord Stream and the South Stream, bringing the Russian gas to Europe.

Gazpromneft is a direct subsidiary of Gazprom and one of the very few Russia’s government-owned companies that has openly expressed interest in the crypto mining industry. Earlier this year, CoinDesk reported that Rosatom, Russia’s nuclear power monopolist, is opening up its energy supplies for miners, too.

The venue, located in the Khanty-Mansiysk region of northwestern Siberia, is using the associated gas from its oil field as an energy source and has its own power plant transforming the gas into electricity.

The CO2 that gets freed during the oil drilling is normally a liability for oil companies as they have to burn it into the atmosphere, which results in fines. However, there are ways to utilize it instead of wasting it, and electricity generation is one of them.

In this, Gazpromneft is following the lead of the North American companies like Upstream Data and Crusoe Energy Systems that are making use of gas at drilling sites in the U.S. and Canada.

Although Gazpromneft is not planning to mine for crypto itself, the company’s spokesperson told CoinDesk, it’s ready to open its energy resources to miners and already piloted a small-scale mining operation with the mining firm Vekus this past fall.

Vekus placed a container with 150 units of Bitmain’s Antminer S7 ASICs on the cite, Gazpromneft announced via the Russian crypto news outlet Forklog, and in one month, the machines mined 1.8 BTC using 49,500 cubic meters of gas.

Gazpromneft is planning to expand the mining farm and get more client’s ASICs, as well as more contractors like Vekus. The company did not disclose how big the future farm can be.