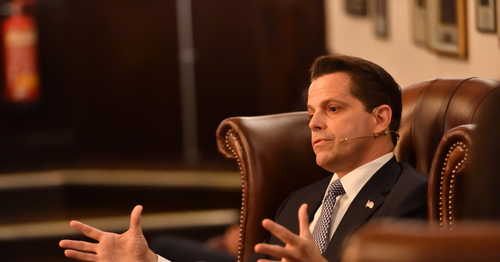 Anthony Scaramucci’s SkyBridge Capital investment firm has invested $182 million in bitcoin, according to an investor brochure shared with CoinDesk about its forthcoming bitcoin fund.

The firm, which has $9.3 billion under management, is launching the “SkyBridge Bitcoin Fund LP” in January, according to Securities and Exchange Commission documents filed on Dec. 21, as CoinDesk reported.

The bitcoin fund has already invested $25 million in bitcoin. The new fund will be open as of Jan. 4 to outside investors putting up at least $50,000.

Scaramucci’s fund investment is yet another traditional investment firm jumping on the bitcoin bandwagon, a trend that has driven the crypto’s price well north $20,000 in recent weeks.

In its brochure touting the bitcoin fund, the firm laid out the appeal of bitcoin to investors.

“Bitcoin is digital gold,” it reads. “It is better at being gold than gold.”

On a high level, the brochure says bitcoin is an emerging asset class that has become less risky in recent years with attractive supply and demand dynamics. It notes that bitcoin has seen growing retail and institutional adoption, leading to value via network effects. Adding to that, the document cites low interest rates and “unprecedented money printing” as contributors to the premium being placed on “scarce assets like gold, real estate, art and Bitcoin.”

One page of the brochure highlights “Bitcoin respectability: Wall Street embraces bitcoin” featuring quotes from executives at firms such as BlackRock and banks such as Citibank and JP Morgan.

According to the brochure, the SkyBridge believes that hedge funds, public company treasurers, insurance companies, pension funds, and banks and brokerage firms will also be investing in the space.

“You have to accept whether bitcoin is a store of value or not,” said Anthony Scaramucci, one of the founders of SkyBridge, in an interview on CNBC. “There are still skeptics out there and that’s why I think we’re in the first inning, but after the research we’ve done we believe it is, and given the monetary supply and the global central banking coordination right now this will be a very strong asset class over the next decade.”